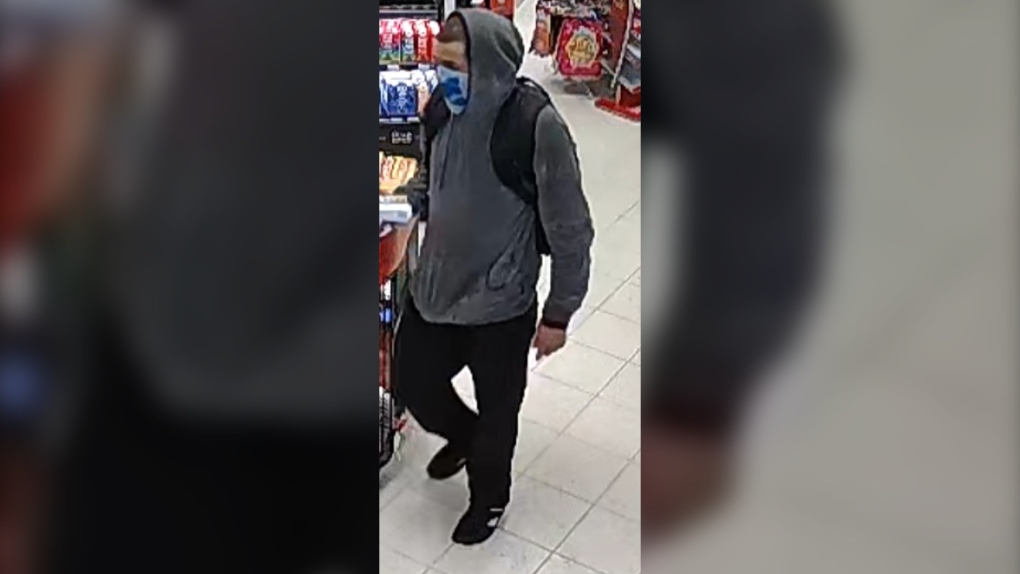 The suspect is described as six feet tall. He was wearing a light grey cloth face covering, dark clothing, and was carrying two black backpacks at the time of the incident. (SOURCE: RCMP)

Halifax Regional Police has released images of a suspect in connection with a robbery at a Halifax convenience store over two months ago.

Police responded to a call of a robbery at the Needs Convenience store at 6130 Chebucto Rd. around 8:20 a.m. on July 6.

According to police, a man entered the store, threatened the employee and demanded money. He then fled the scene on foot with a quantity of cash, cigarettes and lottery tickets.

The suspect is described as six-feet tall. He was wearing a light grey cloth face covering, dark clothing, and was carrying two black backpacks at the time of the incident.

Police reveal identity of Philly's slain 'Boy in the Box'

Nearly 66 years after the battered body of a young boy was found stuffed inside a cardboard box, Philadelphia police say they have finally unlocked a central mystery in the city's most notorious cold case: The victim's identity.

The federal Liberal government has presented a new bill aimed at enshrining in law their commitment to the Canada-wide early learning and child-care system, and the long-term funding needed to maintain it. The minister responsible said the legislation is needed in-part to ensure that the nationwide system being can't easily be scrapped by a future federal government.