Holly McKenzie-Sutter THE CANADIAN PRESS
Published Monday, May 13, 2019 8:00AM ADT 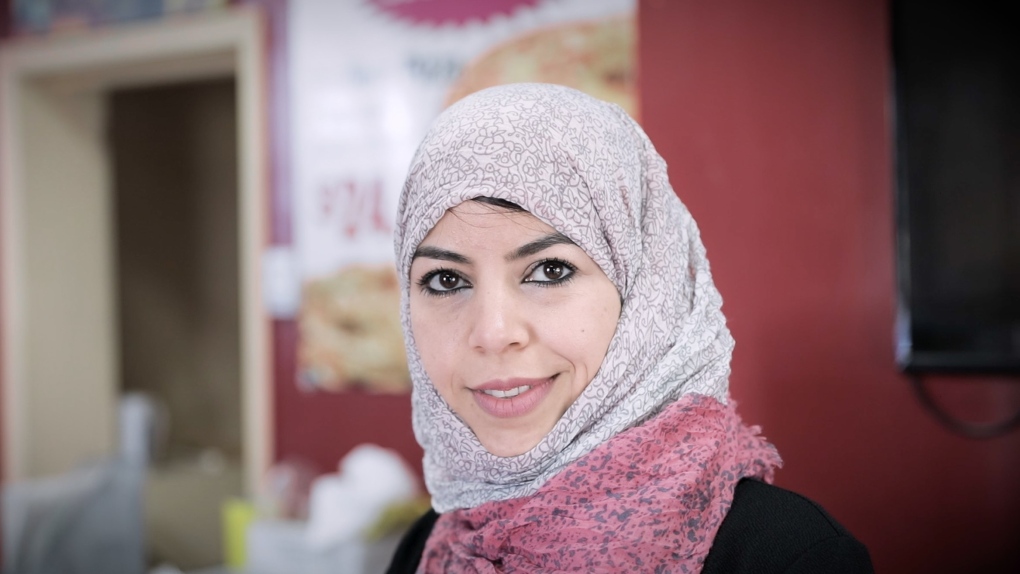 Amira Ibrahim, seen in an undated handout still image made from video footage, moved to St. John's from a small town in Newfoundland because of loneliness and limited activities to keep her young kids busy. (THE CANADIAN PRESS/HO-Association for New Canadians)

ST. JOHN'S, N.L. -- The need to make aging, cash-strapped Newfoundland and Labrador into an appealing place for young people has been a recurring theme among politicians campaigning for the May 16 provincial election.

The topic has been raised in debates and talking points by all four party leaders, and Premier Dwight Ball made the message clear in his remarks when the writ was dropped last month.

"It's important to me that our young people feel confident that they can pursue their goals in the province that we all love," he said at the Confederation Building April 17.

But newcomers to the province say there's still a lot of work to be done to convince people to set down permanent roots.

Kerri Neil, who ran for the NDP in a provincial byelection last fall, researches sociology and immigration at Memorial University.

She said the poor economy and high unemployment are key factors driving people away. "Both Newfoundlanders and Labradorians and immigrants, they don't stay here because there aren't many jobs," Neil said by phone.

These issues have been around for a while, with many from the province historically heading west for work, but Neil said the problem has been compounded by the looming threat of rising power rates, high taxes and stagnant wages.

It's all happening at a time when the province is in desperate need of new residents.

A report by the Conference Board of Canada released this month found the number of people entering the Canadian workforce over the coming decades will be insufficient to replace those retiring, making new immigrants essential to fill workforce gaps and keep Canada's growth on track.

The dynamic of an aging population and steady outmigration of young people is especially pronounced in the Atlantic region. The need to attract and retain immigrants has been a talking point of Ball's before and during the election campaign.

But once people arrive, it can be difficult for them to adjust to the place and make a permanent home.

Filmmakers Conor McCann and Rodrigo Iniguez documented those struggles in their film titled "Home," featuring interviews with people across the province about the challenges of settling in.

Iniguez and McCann said the struggle to find meaningful work was a recurring theme among the people they met, as was the hardship of watching friends who speak their language and share their culture move away.

Iniguez said the conversation around immigration focuses on bringing people to the province, but stops when it comes to the challenges of daily life for recent arrivals.

And it's especially hard to convince people to stay in the small outport towns that need young people the most.

Amira Ibrahim of St. John's was featured in the documentary. After a screening of the film, she spoke about the difficult first few years after moving to Placentia, N.L.

Trained as a lawyer in her home country of Egypt, Ibrahim said she struggled with boredom and found it hard to keep her young son occupied in the small town of about 1,500 people.

He was desperate for activities and outside play, but without a car and no public transit, Ibrahim found it nearly impossible to keep him entertained. She said he would sometimes ask to go to the grocery store just so he could walk around.

Now living in St. John's where her husband runs a successful business, Ibrahim said her two children are busier, and she's happy to have more people around for company, but she's still seeking meaningful work for herself.

"This is very important for us. If you keep people busy with (jobs), and give them a good salary for a good life, they will stay here," she said.

For the filmmaking team behind "Home," who both moved to the province for university, questions of future work also factor into their plans to stay or go.

Iniguez said building his career in Newfoundland and Labrador has pros and cons. He said arts funding can be hard to come by, but the relatively small size of the film industry means there are opportunities to be sought out. For example, he and McCann produced "Home" with the Association for New Canadians.

"It's a hard industry, but (in) Newfoundland ... the size is good enough for there to be room for you," Iniguez said. "There are opportunities and not enough people filling them yet."

McCann said that while he loves the place, he foresees heading elsewhere for his career.

"Despite the fact that I will come back here ... I think a lot of the meaningful, major work we will end up doing will happen outside the province," he said.

Neil, originally from Spaniard's Bay, N.L., said she's been considering the opposite by looking into opportunities to move to a smaller community and build something like the worker-owned co-operative that contributed to the successful revitalization of Fogo Island.

"I think there's so much potential in this place, and I don't think it's necessarily been realized," she said. "It's a beautiful place that I really want to see prosper."