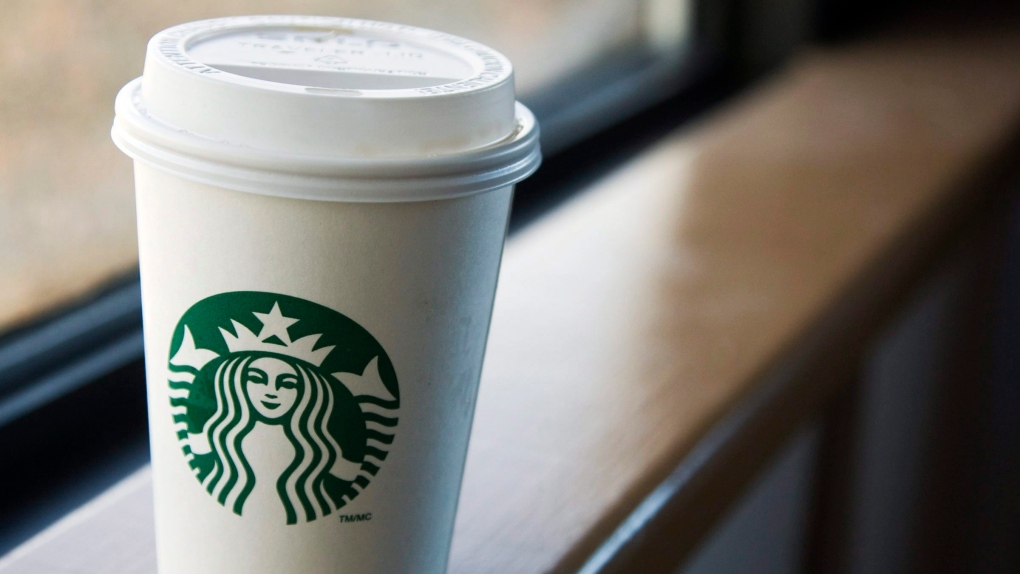 A Starbucks cup is seen in Halifax on Tuesday, March 8, 2011. (THE CANADIAN PRESS/Andrew Vaughan)

PICTOU, N.S. -- A Nova Scotia businessman who failed to lure Starbucks to a frappuccino-deprived corner of the East Coast province has lost a bid to recoup costs from the coffee giant.

Gregory Burrows had approached Starbucks in August 2017, hoping to expand his food-service holdings in the Pictou County area.

The global coffee giant was receptive, and as negotiations appeared to near fruition, Burrows began making corporate changes and preparing design work in anticipation.

But just two months later, a Starbucks executive told Burrows that it was not to be, and the chain would not be proceeding.

Burrows and his company, Robella Holdings, took the company to small claims court, alleging bad-faith dealings between them and Starbucks.

They sought $25,000 for loss and damage they say they incurred in their effort to get a contract for a location, including design work.

They alleged Starbucks had instead become interested in working with the Crombie REIT, a company associated with the Sobeys grocery empire that has 12 Starbucks among its property holdings.

It had long been interested in opening a location in Pictou County, the Sobeys' home base.

In his decision, adjudicator Raffi Balmanoukian said the claimants consider themselves "poor jilted suitors," led on and let down.

"Starbucks takes the Dowsonian view that it has been faithful to Cynara in its fashion. Starbucks was not betrothed; it hadn't even agreed to go steady," Balmanoukian says.

He says while talks may have been encouraging, the claimants went ahead with work that was not required for the application, and they were aware that Starbucks head office had final say.

"It is unfortunate that the enthusiasm of the claimants for the venture morphed 'a strong indication' and discussions such as 'there should be no problem' into 'we're part of the Starbucks family'," he wrote in the decision.

"The fact that the claimants went above and beyond with survey and architectural work may have been the result of the combination of pre-existing plans with irrational exuberance."

Balmanoukian said the claimants heard what they wanted to hear, and proceeded in that fashion.

"Coffee is a stimulant. When one has the prospect of opening a Starbucks location, it may be especially so," he wrote.

He dismissed the claim.