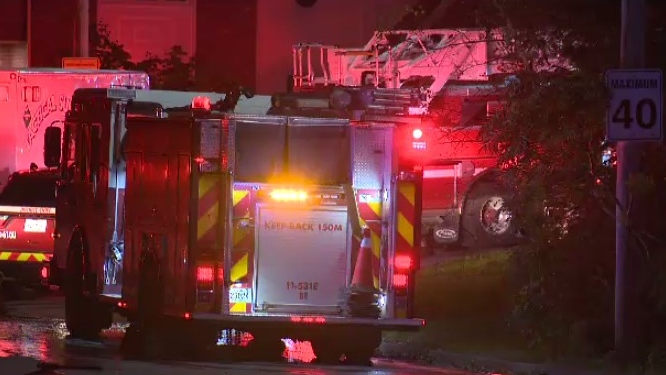 Members of Halifax Regional Fire and Emergency (HRFE) were called just before 9:30 p.m. to a home in the 0-100 block of Brentwood Drive.

An energized power line appears to have started a fire at a home in Bedford, N.S., Saturday night.

Members of Halifax Regional Fire and Emergency (HRFE) were called just before 9:30 p.m. to a home in the 0-100 block of Brentwood Drive.

Fire officials say 10 units were on scene as of 10:20 p.m. Nova Scotia Power was also called in.

An HRFE spokesperson told CTV News once members from Nova Scotia Power de-energize the power line, fire crews will be able to extinguish the fire.