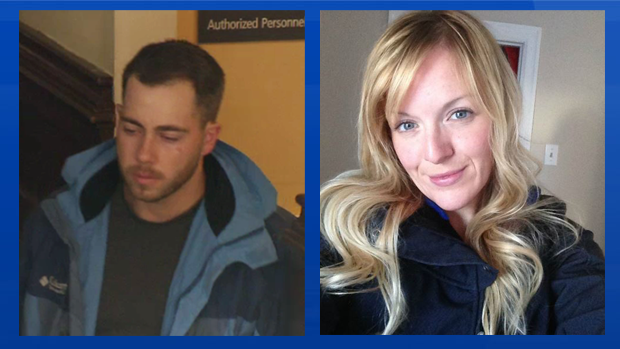 Christopher Garnier, left, is charged with second-degree murder in the death of Catherine Campbell, right.

HALIFAX -- A preliminary inquiry has been tentatively set for July in the case of a Halifax man accused in the death of an off-duty police officer, as the defence awaits access to toxicology and other forensic evidence.

Tentative dates of July 11 to 15 were set Tuesday for Christopher Calvin Garnier, who is charged with second-degree murder and indecently interfering with a dead body in connection with the death of 36-year-old Catherine Campbell in September.

However, defence lawyer Joel Pink said those dates hinged on whether he gets all of the evidence disclosure he requires in the meantime.

Judge Anne Derrick scheduled an April 7 focus hearing in order to determine whether the case can proceed in July.

If it can't, Derrick set five backup dates in September for the preliminary inquiry.

Outside court Pink said he has received 1,700 pages of disclosure but was still waiting for medical, toxicology and other forensic evidence.

He said no decision had been made on whether Garnier would apply for bail, meaning his client could potentially wait a full year in custody before the legal case proceeds.

"But it's very important that we uncover every stone to ensure the evidence is there, so that's what we are currently doing," Pink said.

Campbell's body was discovered Sept. 16 near an overpass that leads to the Macdonald Bridge connecting Halifax and Dartmouth.

She was reported missing two days earlier when she didn't show up for work with the Truro Police Service.

Garnier did not appear in court Tuesday.