Premier meets with Nichele Benn's mother, no commitments made 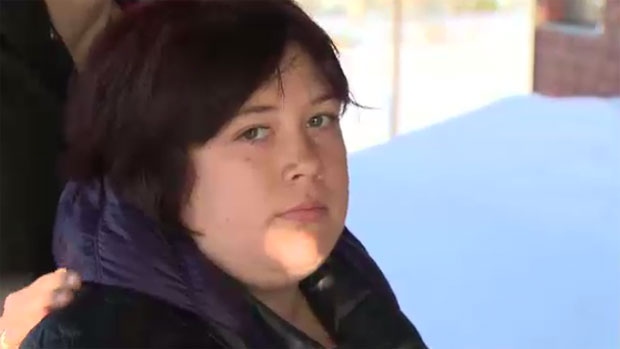 Nichele Benn was born with brain damage and diagnosed with a brain disorder that results in periodic aggressive outbursts. (CTV Atlantic)

HALIFAX -- The mother of a young woman accused of biting a health-care worker says she's hopeful a conversation she had Friday with Nova Scotia's premier will lead to policy changes for people with intellectual disabilities.

Brenda Hardiman said she had a meaningful discussion with Premier Stephen McNeil about her daughter's case and about the broader systemic issues related to putting people with intellectual disabilities before the courts.

Although no commitments were made, Hardiman said the meeting left her "cautiously optimistic."

"(The premier) was truly interested in how we got to where we are today and the direction we wanted to go," she said. "The premier cannot be involved directly with justice issues that relate to Nichele's case, but can spark change to policy with justice, community services and health."

Hardiman's 26-year-old daughter, Nichele Benn, was charged with assault and assault with a weapon after she allegedly bit and hit an employee at the Quest Regional Rehabilitation Centre in Halifax on Dec. 12. Benn lives at the centre.

Benn has epilepsy, cerebral palsy and an organic brain disorder that causes her to have aggressive behaviour.

Her mother says Benn should not be dragged through the justice system and her greatest fear is that her daughter will go to jail rather than receive treatment and appropriate housing.

McNeil said no promises were made during the meeting, but he says the Community Services Department will follow up with Hardiman.

"It was really just an information session for me to kind of get a chance to view the situation from the eyes of a parent," said McNeil. "She wants her daughter to be able to live as independently as possible in the community in a safe environment."