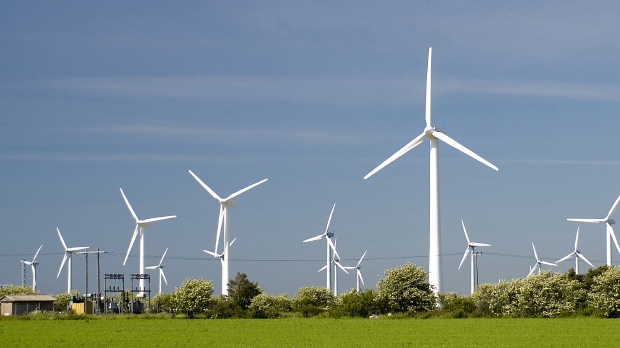 HALIFAX -- Nova Scotia Premier Darrell Dexter says he is surprised Amherst's town council has asked him to delay the development of new wind turbines in the area.

Dexter said when he spoke with the town's mayor at the end of June while attending the opening of a wind farm, Robert Small beamed with pride about the project.

At the time, they were celebrating the opening of a $61-million development consisting of 15 wind turbines, which can generate enough electricity to power 10,000 homes a year.

"It's the darndest thing," Dexter said Thursday. "I sat with the mayor of Amherst at the opening of that facility. He could not have been more effusive about how proud he was of this project."

The town council has recently sent Dexter a letter saying residents want him to halt the projects until Health Canada complete a study on the effects of wind turbines on human health.

"I have not seen any credible study that suggests that is the case," he said.

Dexter said the provincial government will make a decision on more wind turbine projects this week.