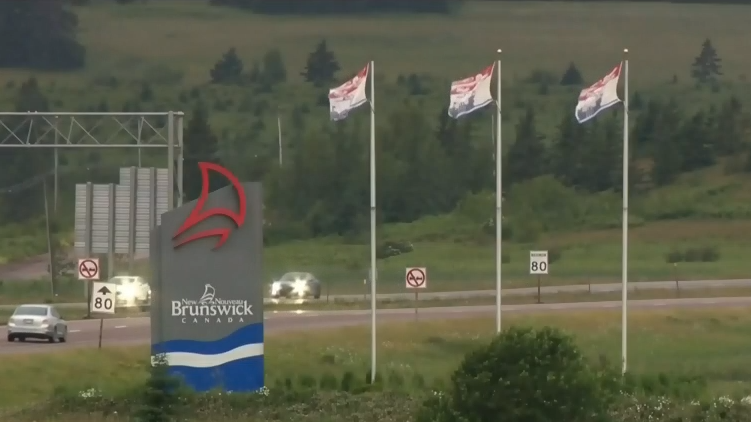 DARTMOUTH -- Shubie Park in Dartmouth was a popular spot to take in the sunshine on Wednesday, but many people are anxiously waiting to travel again, even if it’s just to neighbouring provinces.

"It would be nice to be able to travel within the Maritime provinces and I feel it's safe to do so at this point,” said Marlene Horne.

"As long as we're staying healthy and the cases are staying down, hey, why not. We've got to get some activity happening throughout our provinces,” added Stephanie Borgal.

Talk of a Maritime Bubble is heating up with the premiers of each province, who took part in a call Wednesday evening.

"You've heard me talk about mid-April, end of April, depending on the rollout of the vaccines depending if either of the other Maritime provinces have any issues,” New Brunswick Premier Blaine Higgs said earlier Wednesday, who would not be nailed down on a specific date.

After the call, Higgs told CTV Atlantic there is no target date to reopen a travel bubble, but the Maritime premiers agreed to a time frame of mid-April. He said it would start only as a Maritime bubble in April and the three provinces are hoping to expand to Newfoundland Labrador later.

Higgs said they will be working with public health and are optimistic about being able to lift travel restrictions. A Maritime travel bubble would not include checkpoints between P.E.I. and Nova Scotia and the provinces would be aligning health rules.

A Maritime travel bubble would be welcome news for communities near the New Brunswick/Nova Scotia border.

Last July, an Atlantic Bubble allowed residents from New Brunswick, Nova Scotia, Prince Edward Island and Newfoundland and Labrador to travel within the four provinces without having to complete a COVID-19 isolation period. The bubble burst in the fall as the second wave of the pandemic emerged.

At a pandemic update Tuesday afternoon, Nova Scotia Premier Iain Rankin said any potential Maritime Bubble would not include Newfoundland and Labrador at this time.

"Right now, we're focused solely on the Maritime region and in the future if things change, then we'll be looking at Newfoundland,” said Rankin.

“They recognize that they’re several weeks behind in terms of their recovery from their outbreak,” added Dr. Robert Strang, Nova Scotia’s chief medical officer of health.

Andrew Furey, the Premier of Newfoundland and Labrador, said on Wednesday he will be joining the other Atlantic premiers on a call Wednesday evening and believes it is possible for the province to join a potential bubble soon.

"I'm quite hopeful we can get there in the timelines they're discussing, our case numbers are going down, our positivity rates are lower than some of the other provinces in the Atlantic region, so I'm quite hopeful to have a positive outcome,” said Furey.