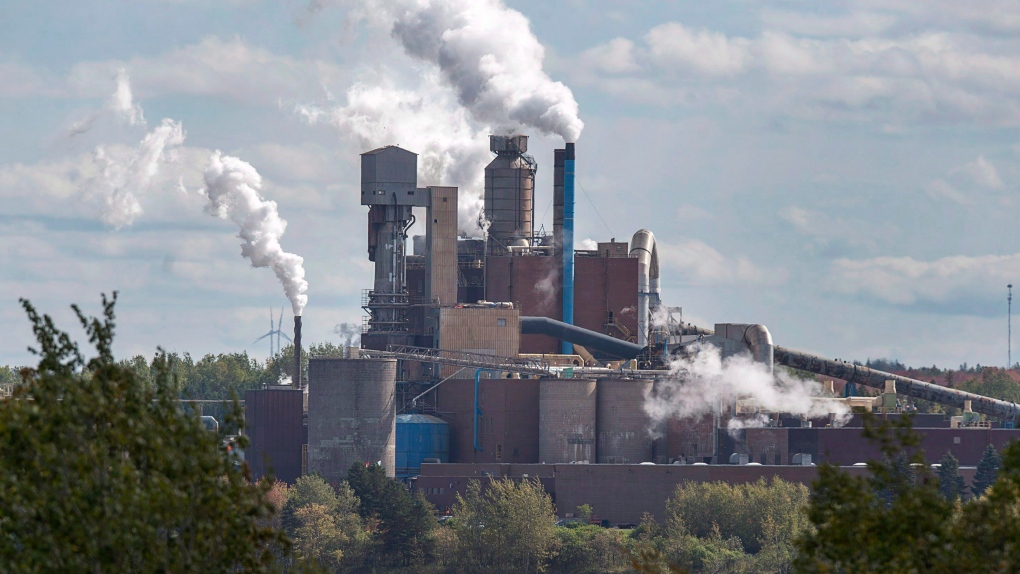 HALIFAX -- A proposal to pump millions of litres of treated pulp mill waste into the Northumberland Strait is a clear case for Ottawa's toughest environmental review process, say veteran fisheries scientists -- who contend many questions remain on how a swirl of sea life will mix with warm effluent and a changing climate.

The Strait touches three provinces, and the wider Gulf of St. Lawrence fisheries region is home to lobster and crab fisheries that brought in over $1.2 billion worth of catch in 2016.

Bruce Hatcher, a Cape Breton University biologist, says Ottawa should appoint a panel to study the potential damage if Northern Pulp was allowed to pump 62 million litres of effluent daily from its Abercrombie, N.S., mill into the Strait.

"I believe this is a good example of a place that justifies a full environmental review," said Hatcher, who has studied marine environments for over three decades and is the university's chair in marine ecosystem research.

"I think this is precisely the situation where you take the precautionary approach and you say, 'Well, I'm sorry, but we just don't have enough evidence to say that this is going to be OK."'

The plan has raised the ire of local fishermen, the P.E.I. government and even Hollywood actor Ellen Page, who is from Halifax. A group of independent senators have also called for a full panel review by the Canadian Environmental Assessment Agency.

"I've reviewed the documents, and whereas Northern Pulp seems to be adhering to 'best practices,' I do believe this project should be the object of a federal environmental assessment," lobster researcher Remy Rochette, the chair of biological science at the University of New Brunswick's Saint John campus, wrote in an email.

However, as a clock ticks down toward a provincial deadline, it remains to be seen if Ottawa will order a full-scale look at whether highly treated effluent -- and the mix of chemicals and finely ground up biological materials it still contains -- should receive the country's top level of environmental scrutiny.

Provincial legislation forces the closure of effluent flowing to a facility at the heavily polluted Boat Harbour lagoon by Jan. 31, 2020, a commitment made by Stephen McNeil's government in 2015, after five decades of the waste water flowing into the estuary on the edge of the Pictou Landing First Nation.

The province plans a 50-day, level-1 environmental review, while a federal "full-panel" process could take up to two years after a referral by the federal environment minister, according to the environmental assessment agency.

Kathy Cloutier, the director of communications at Northern Pulp's parent firm Paper Excellence, said her company will submit a project description in early January, and she's confident the mill's treatment proposals will meet the test of either a federal or provincial review.

But a federal review means her firm would require the province to extend the deadline for ending use of the Boat Harbour estuary, she said.

"That's certainly one that's going to require an extended period of time ... to accommodate any environmental process, commissioning and construction of the new facility," she said in an interview.

That would throw the ball back into the province's court.

Following a cabinet meeting on Thursday, McNeil repeated that he's expecting the company to meet the 2020 deadline.

Chief Andrea Paul of the Pictou Landing First Nation said in a telephone interview that her band would not agree to any further extensions, as the company has known for years that a federal review was possible.

A spokeswoman for the Canadian Environmental Assessment Agency said in an email it's reviewing fisheries groups' requests for an independent panel review -- and is awaiting a final pipeline route and proposed project from the company.

Under the province's class-1 review, the proponent does much of the work to determine potential impacts, and reviewers look at the result, along with a public commentary period.

The province has said it's not applying its higher level-2 review, where outside experts would oversee the process, because a new pipeline and treatment facility is considered a "modification" of an existing facility.

Michael van den Heuvel, an expert on environmental toxicology and the director of the Canadian Rivers Institute at the University of Prince Edward Island, says he understands why the fishermen would be concerned, but doesn't think damage to their catch is likely.

"In my opinion, in terms of environmental damage, I don't see grounds for stopping it (the pipeline)," he said in an interview.

Van den Heuvel, who has worked with the pulp and paper industry to study effluent effects on marine life, said concerns about chlorinated dioxins and furans have been significantly reduced as methods that produced the compounds were phased out. "The switch to chlorine dioxide effectively got rid of most of those compounds," he said.

However, research by two DFO scientists published last year found that when lobster eggs are released they rely on the currents of the Gulf of St. Lawrence and drift for three to 12 weeks after release.

Marine biologists working with fisheries groups say that raises the possibility of multiple exposures to the fresh water effluent reaching the Strait. The area where the pipeline is planned for, known as fisheries area 21, helps seed six other areas described in the study.

Further DFO research is showing some lobster larvae are retained for up to 120 days and some actually end up west of where they started, defying previous expectations.

Rochette viewed the company's public presentation and the counter arguments from fishing groups, and concluded Ottawa should be involved.

"That the treatment plant functions at accepted standards does not speak to long-term and cumulative impacts of different discharge components. I believe these impacts should be assessed and considered before moving ahead with these kinds of projects, but perhaps particularly in this case given that the Northumberland Strait supports important fisheries, including for American lobster."

The company says various regulated emissions, such as the amount of organic material and suspended solids in the effluent, would be well within federally regulated limits.

Regulated compounds such as nitrogen and phosphorous are dissolved in the massive flow of saltwater to the point where they blend into levels in surrounding waters just two metres from the pipe outlet, according to the consultant hired by Northern Pulp.

The company says most other regulated factors, from water temperature to salinity, fade to background levels within 100 metres.

Hatcher says he understands the argument of "diffusion is the solution to pollution," where the proposed water effluent may diffuse to the point of harmlessness into a current that mainly flows west to the Atlantic.

But he said major changes are coming to the Strait from climate change, and research suggests the waters may become more like a swirling washing machine than a conveyor belt to deeper waters.

"We're at the beginning of the fast accelerating point of global climate change. Any standard predictive models of what water does in the Northumberland Strait ... with every passing year are less valid," he said.