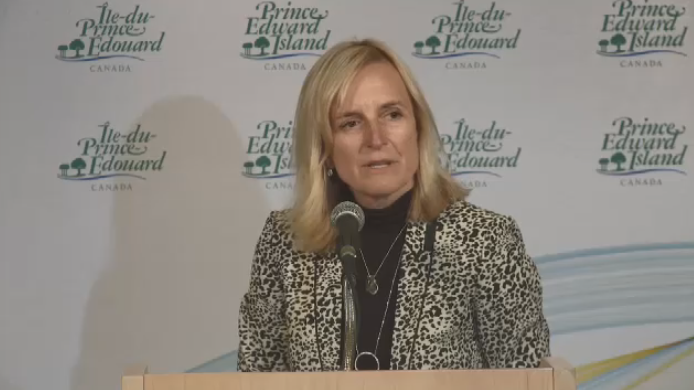 The patient is a woman in her 50s from the Queens County area who recently returned from travelling on a cruise ship, said Dr. Heather Morrison, the province's chief public health officer.

She said the woman is at home with mild illness and her family is reported to be well.

Morrison said the woman was tested on Wednesday after calling the province's 811 health line and the positive results came back Saturday afternoon.

She said the patient returned to Canada from her trip on March 7 and began experiencing symptoms on Tuesday.

"It should remind Islanders the importance of self-isolation and those measures on return from travel," Morrison said. "Almost all of the cases in the country are related to travel so there is a reason we are asking people to self-isolate when they come home."

Morrison said health officials were in the process of tracing people who have been in contact with the patient.

"Contact tracing is being initiated this afternoon ... and certainly we will know more likely by tomorrow," she said.

On Friday, P.E.I. Premier Dennis King released a statement saying both he and his family were self-isolating after a trip to Boston earlier this week.

King said they were only in the U.S. for less than 24 hours and he's been told the risk of exposure to COVID-19 to both he and his family is considered extremely low.

King said he and his family are "feeling great" and aren't experiencing any symptoms, but they are following advice from Morrison and are self-isolating and self-monitoring at home for the next 14 days.

The premier said he would continue to work from a satellite office in his home, while government meetings would be conducted by phone.

It was announced earlier Friday that Health Minister James Aylward was also in self-isolation after returning from a trip to Ireland.

This report by The Canadian Press was first published March 14, 2020.