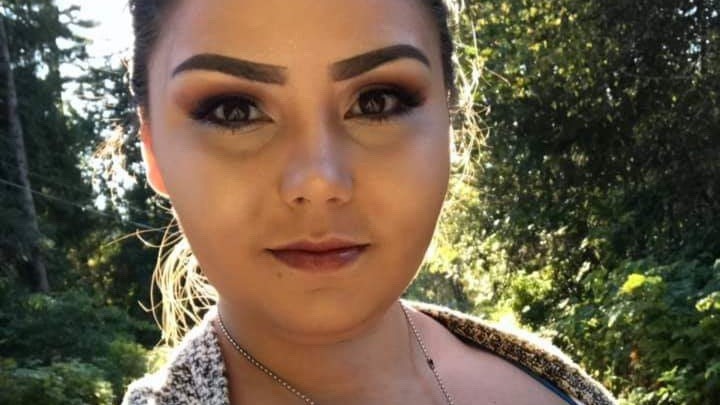 Chantel Moore is shown in this undated photo posted on a GoFundMe memorial page, Support for family of Chantel Moore. (THE CANADIAN PRESS/HO, GoFundMe)
VICTORIA, B.C. -

Family of a Vancouver Island Indigenous woman killed during a police wellness check in New Brunswick says the effort to seek justice has been overshadowed by a weekend attack on Victoria's police chief.

Chantel Moore's family and the chief say it's time to focus on Moore again.

A woman poured liquid on the chief as he was an invited guest at a memorial for Moore outside the British Columbia legislature.

Manak was not hurt and police say the suspect, who was not invited to the ceremony, was arrested, along with four others who interfered as police responded.

Hjalmer Wenstob, who speaks for Moore's family, says her mother is "disheartened" to see how the event to demand justice for Moore was undermined.

Wenstob says the family opposes violence and apologized to Manak in accordance with Nuu-chah-nulth traditions.

Meanwhile, Manak says it's time to refocus on work being done by Moore's family to prevent similar deaths.

Moore was killed in June 2020 in Edmundston, N.B., during a police wellness check.

The assault on Manak happened moments after he was recognized during a traditional blanketing ceremony Saturday to honour Moore and begin the healing process with police.

Wenstob says media reports focused only on the assault and the actions of a few people, rather than highlighting the work to find justice for Moore.

"Our family was disheartened further to see Chantal's name used to forward others' agendas and not in the direction of a better future," Wenstob says in the statement.

"The event was planned and organized as a peaceful event. We cannot stand idly by and see the good work that has been done taken advantage of to create further division."

Moore's family has made eight demands ranging from body cameras for all police officers to a better system of handling wellness checks, and acknowledgment and action to address racism and discrimination.

This report by The Canadian Press was first published Sept. 20, 2021.

Pattie Lovett-Reid: Talking about finances may not be romantic, but is necessary

Having a clear and honest discussion about your financial situation and money mindset before you walk down the isle just seems to make sense, but it isn't always easy, CTV's chief financial commentator Pattie Lovett-Reid writes in her latest column on CTVNews.ca.