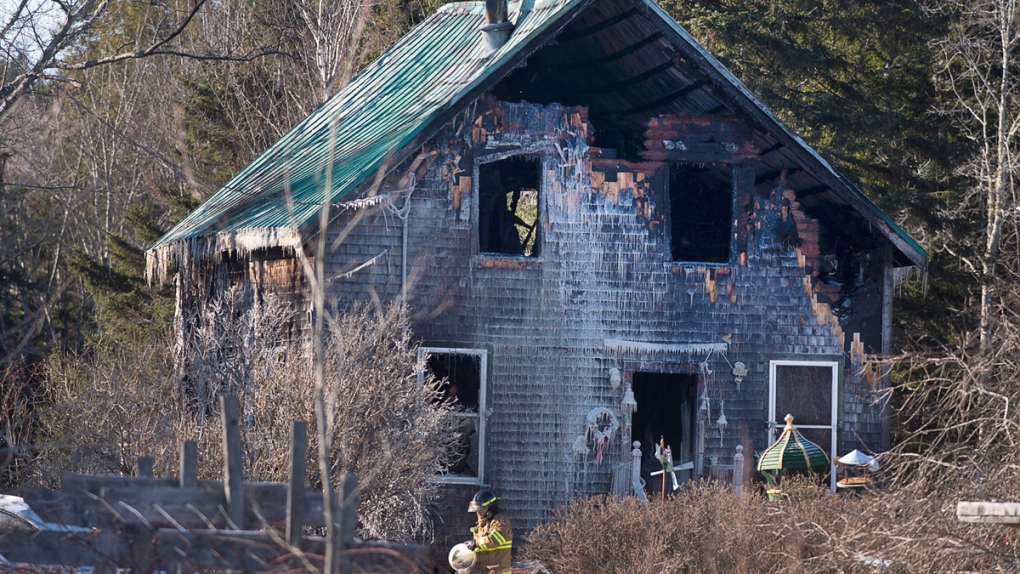 A firefighter works at the scene of a fatal house fire near Wyses Corner, N.S., outside of Halifax, on Thursday, Jan. 8, 2015. (Andrew Vaughan / THE CANADIAN PRESS)

HALIFAX -- A psychiatric assessment has been extended for a man charged in the deaths of three people in a house fire in the Halifax area.

Codey Reginald Hennigar is charged with three counts of second-degree murder after the remains of three people were found in a home last month.

The fire broke out on the afternoon of Jan. 7 in a rural, wooded area about 25 kilometres northeast of Halifax's airport.

Hennigar's case was before provincial court today, where a judge granted a 30-day extension to his psychiatric assessment.

He is scheduled to return to court March 13.