Public sector workers in N.L. must be fully vaccinated against COVID-19 by Dec. 17 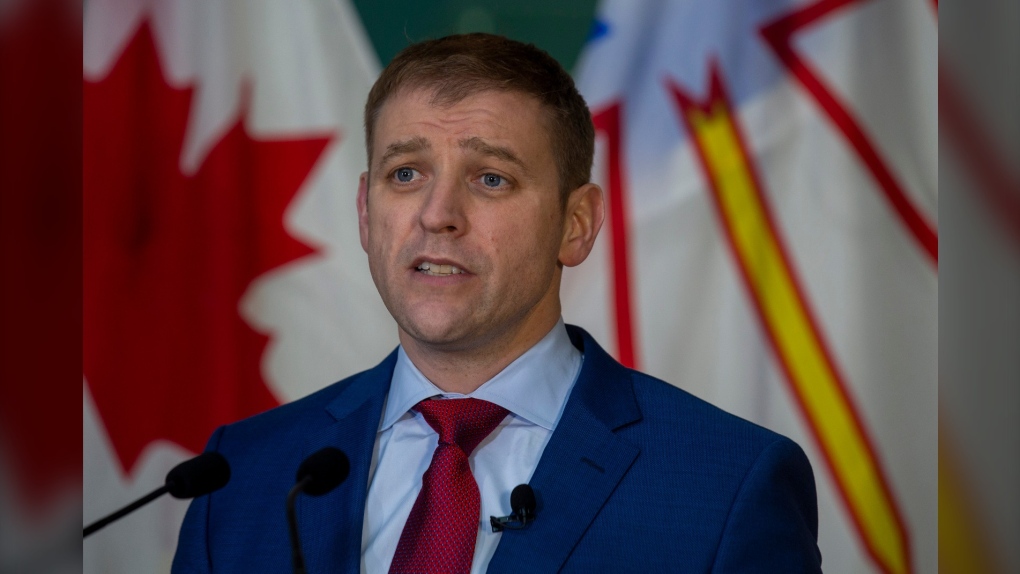 Public sector workers in Newfoundland and Labrador have until Dec. 17 to get fully vaccinated against COVID-19 or face the possibility of being placed on leave without pay.
ST. JOHN'S, N.L. -

Newfoundland and Labrador will require all public sector workers to be fully vaccinated against COVID-19 by mid-December or risk being suspended without pay.

The province announced its mandatory vaccination policy Friday, which allows for employer-approved medical exemptions based on the recommendations of a family doctor or nurse practitioner.

The vaccination requirement to take effect Dec. 17 will apply to all provincial government employees and to workers who serve vulnerable populations, including health-care workers, teachers and child-care providers. It will also apply to employees of businesses such as bars and restaurants where the government's vaccine passport is required.

"This is not a decision that we made lightly," Premier Andrew Furey told reporters. He said the highly contagious Delta variant has led officials to aim to vaccinate 90 per cent or more of those eligible for the shot. "Our vaccination policy is another tool to make this a reality ... and to make people feel safe," he said.

Officials said the vaccine mandate will also apply to any vendors, suppliers or contractors who regularly work with government employees.

Workers who fail to show proof of vaccination by Dec. 17 will be classified as "not adhering to the policy" and face being suspended without pay. The government said any new hires will need to be fully vaccinated by their starting date or risk having their job offer revoked.

The premier said the rules around penalties and enforcement are still being developed and could be released as early as next week.

A testing regime is also part of the policy. Officials were unable to clearly define when it would be used but said it could be invoked after a human rights ruling. Under the policy, unvaccinated workers would need to be tested twice a week, outside of regular working hours and at their own expense.

Officials said testing won't be required for people who have medical conditions preventing them from getting the vaccine.

Meanwhile, the province reported four new cases of COVID-19 on Friday. With 11 recoveries also reported, the number of active cases fell to 53. Officials said nine people were in hospital due to novel coronavirus, including five in intensive care.

-- By Keith Doucette in Halifax