QMJHL plans Oct. 1 return with 'a certain percentage of spectators' 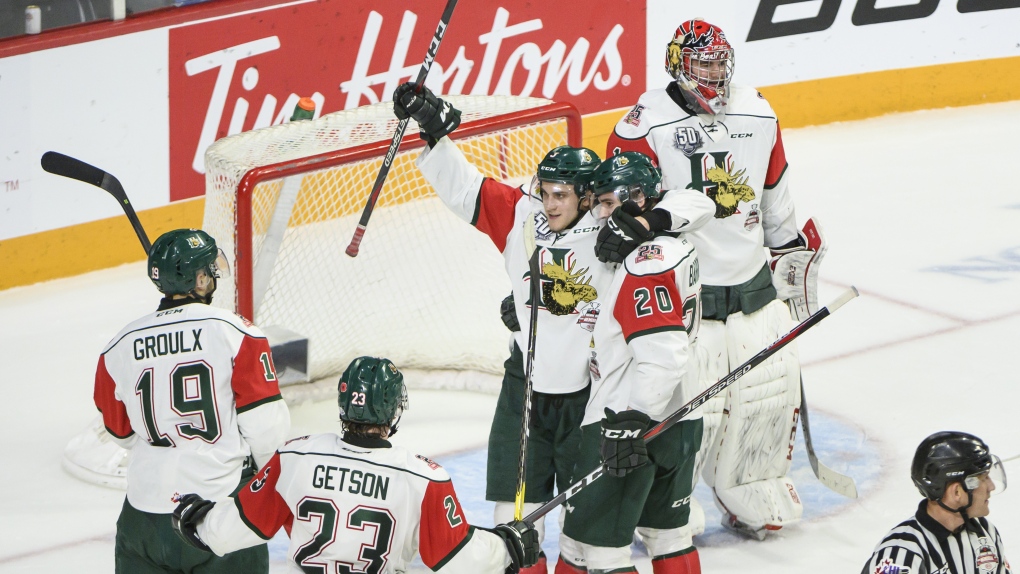 Members of the Halifax Mooseheads celebrate going to the Memorial Cup final despite a 4-3 loss to the Rouyn-Noranda Huskies during Memorial Cup hockey action in Halifax on Wednesday, May 22, 2019. (THE CANADIAN PRESS/Darren Calabrese)

DRUMMONDVILLE, QUE. -- Quebec Major Junior Hockey League commissioner Gilles Courteau says the league is planning to play a full 68-game season in 2020-21 with "a certain percentage of spectators" in the stands.

Courteau made the announcement Tuesday in a videoconference and said the league has informed the four provincial governments where it operates -- Quebec, Nova Scotia, Prince Edward Island and New Brunswick -- of its intention to start the season on Oct. 1.

Courteau said the league is finalizing a return-to-play program and a contingency plan with the "absolute guarantee" that public health directives will be followed.

Courteau added that he is confident that some fans will be permitted to attend games as provinces continue to ease restrictions put in place because of the COVID-19 pandemic.

Several QMJHL teams released statements following the QMJHL's announcement acknowledging a return to action will be contingent on health protocols in place at the time.

"While this is a positive announcement for all of us that are looking forward to getting back to the Eastlink Centre, we fully understand that the necessity for compliance with our provincial government and the Chief Public Health office, along with the continued importance of physical distancing," the Charlottetown Islanders said in a release.

The QMJHL and the other two major-junior leagues under the Canadian Hockey League umbrella -- the Ontario Hockey League and the Western Hockey League -- had their 2019-20 seasons cut short due to the pandemic.