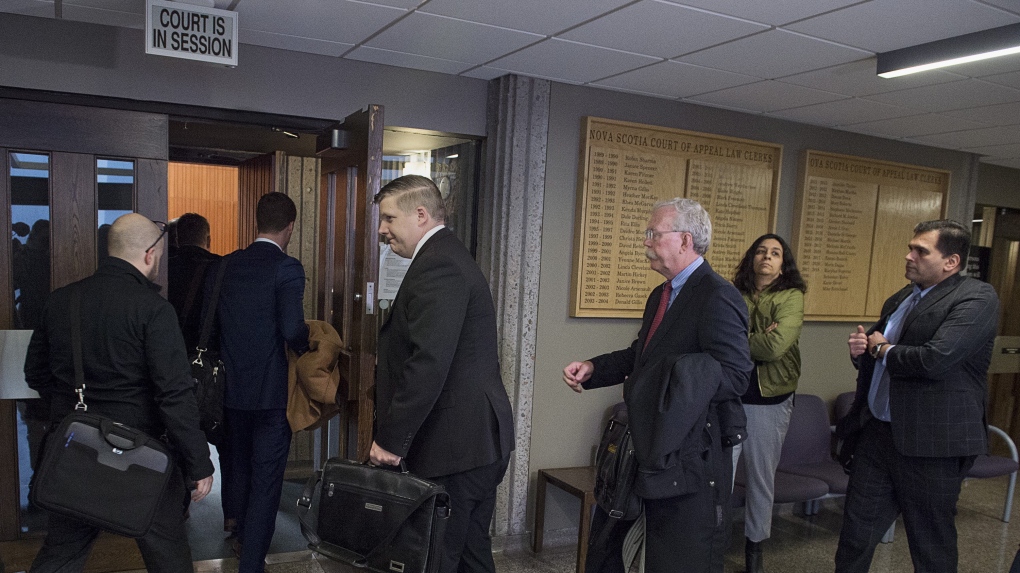 The high-profile search for $190 million in missing cryptocurrency owed to users of the beleaguered QuadrigaCX trading platform has turned up a small amount of digital assets, but the intrigue surrounding the case deepened Friday as investigators pointed to a series of transactions they can't explain. Interested parties attend Nova Scotia Supreme Court as Canada's largest cryptocurrency exchange seeks creditor protection in the wake of the sudden death of its founder and chief executive in December and missing cryptocurrency worth roughly $190-million, in Halifax on Tuesday, Feb. 5, 2019. (THE CANADIAN PRESS/Andrew Vaughan)

HALIFAX -- Most people thought investors lost millions when Gerald Cotten died because he was the only one with the password to the encrypted wallets of QuadrigaCX, once Canada's largest cryptocurrency exchange.

The Ontario Securities Commission (OSC) has ruled that Cotten, QuadrigaCX's founder and CEO, committed fraud, which led to the downfall of the company and left thousands of investors to take a collective loss of $169 million.

Cotten, formerly of Fall River, N.S., died in India in December 2018 while he was on his honeymoon.

The OSC took the rare step to publish its investigative report because it dispels the notion that Cotten's death left the money in so-called "cold wallets" that only he had the passwords to.

"The evidence demonstrates that most of the $169 million asset shortfall resulted from Cotten's fraudulent conduct, which took several forms," the OSC states in an investigative report that was released Thursday.

The OSC says the bulk of the asset shortfall -- approximately $115 million -- was caused by Cotten's fraudulent trading on the Quadriga platform.

"Cotten opened Quadriga accounts under aliases and credited himself with fictitious currency and crypto asset balances which he traded with unsuspecting Quadriga clients," the reports states. "He sustained real losses when the price of crypto assets changed, thereby creating a shortfall in assets to satisfy client withdrawals. Cotten covered this shortfall with other clients’ deposits. In effect, this meant that Quadriga operated like a Ponzi scheme."

The OSC determined that Cotten lost an additional $28 million while trading client assets on three external crypto asset trading platforms without authorization from, or disclosure to, clients.

"He also misappropriated millions in client assets to fund his lifestyle," the report states. "In its final months, Quadriga had almost no assets left and was operating like a revolving door—new client deposits were immediately re-routed to fund other clients’ withdrawals."

It's rare for the OSC to publish investigative reports, but it said it wanted to do so in this case to prevent such a fraud from happening again.

"We believe the tens of thousands of Ontarians who entrusted Quadriga with their money and crypto assets deserve to know what happened,” said Jeff Kehoe, director of the enforcement branch at the OSC.

The OSC said that Cotton "provided false assurance" to clients who entrusted their money to his company.

"In reality, Cotten spent, traded and used those assets at will," the report states. "Operating without any proper system of oversight or internal controls, Cotten was able to misuse client assets for years, unchecked and undetected, ultimately bringing down the entire platform."

Vancouver-based Quadriga announced on Jan. 14, 2019 that Cotten had died in India the previous month. By Feb. 5, 2019, Quadriga had ceased operations and filed for creditor protection. Quadriga had more than 76,000 clients who were owed a combined $215 in assets, the OSC said. Approximately 40 per cent of these clients were Ontarians, which is why the OSC took the lead on investigating the case.

"Ernst & Young, the bankruptcy trustee, was able to recover or identify just $46 million in assets to pay out to clients," the report states. "The people who trusted Quadriga with their money and crypto assets collectively lost at least $169 million."