Quebecers must now register online with N.B. and P.E.I. to travel to Iles-de-la-Madeleine 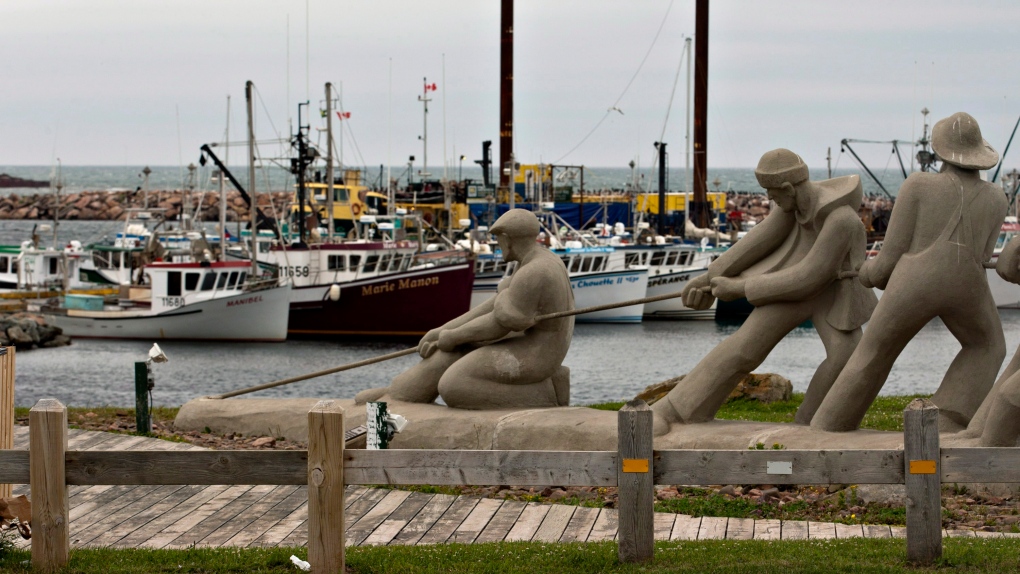 A sculpture shows fishermen pulling on a line in front of the marina, Monday, August 6, 2012 in L'Étang du Nord on the Magdalen Islands. THE CANADIAN PRESS/Jacques Boissinot

Quebecers travelling to the Iles-de-la-Madeleine by car through New Brunswick and Prince Edward Island this summer must now register online with those provinces, the Quebec government announced Sunday.

In a statement, Quebec said residents must now complete online registration forms to be able to travel through Atlantic Canada to reach the Quebec islands in the Gulf of St. Lawrence.

Quebec said the request came at the behest of New Brunswick and P.E.I. and that the registration procedures apply to all travellers during the COVID-19 pandemic.

"The two provinces have made this request to apply the same requirements or formalities to everyone wishing to travel in their territories," the statement said.

Some Quebec politicians were angered last month when New Brunswick said Quebecers could not stay overnight on their way to the Iles-de-la-Madeleine.

Quebecers travelling to the islands by car need to go through New Brunswick to catch a ferry from Souris, P.E.I., a drive of at least 500 kilometres from the Quebec border.

"Considering the pandemic, the Quebec government and the two provinces concerned agreed on access to the ferry to the Iles-de-la-Madeleine and the requisite safe health-related measures," the statement read.

Quebec also said residents must continue to meet other requirements to travel over land to the Iles-de-la-Madeleine during the pandemic.

Quebecers must fill out and carry a Quebec self-declaration card outlining their trip, the government said, as well as other documents, including a return ferry ticket, proof of address in the Iles-de-la-Madeleine, or a tourist accommodation reservation.

New Brunswick, P.E.I., Nova Scotia and Newfoundland and Labrador launched an Atlantic bubble on July 3, allowing residents to travel in the region without needing to self-isolate.

But travel restrictions remain in place for most people from outside the Atlantic provinces to prevent the potential spread of COVID-19.

Quebec has been Canada's COVID-19 epicentre, recording more than half of all cases and deaths in the country to date.

The province has gradually reopened as the number of daily cases and deaths decreased, however.