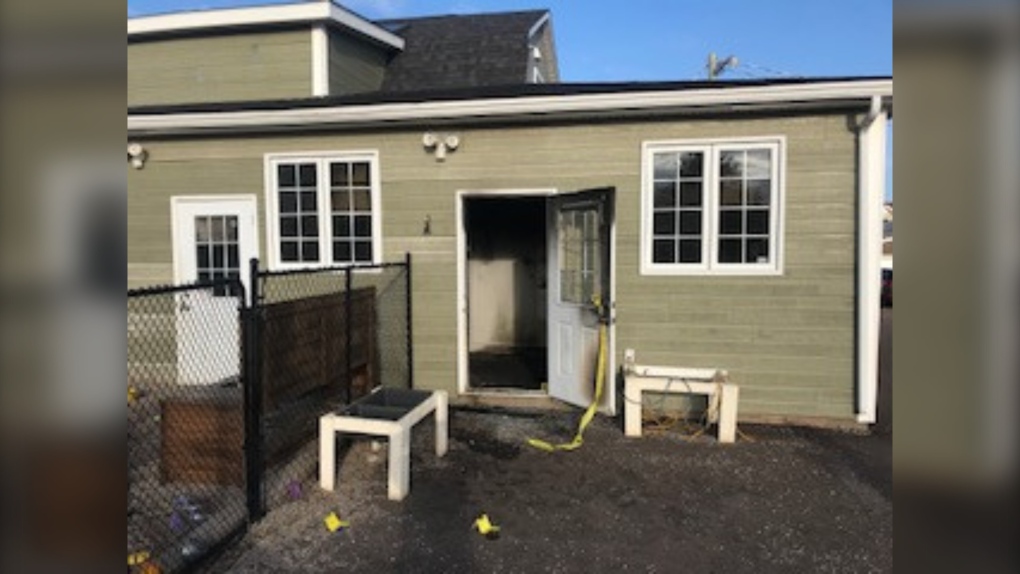 New Brunswick RCMP are asking for the public’s help in their investigation into a suspicious fire at a Moncton daycare.

HALIFAX -- New Brunswick RCMP are asking for the public’s help as they investigate a suspicious fire at a Moncton, N.B., daycare.

Police say at approximately 5:10 a.m. on Monday, members of the Codiac Regional RCMP and Moncton Fire Department responded to a fire at the Northend Learning Center on Gorge Road.

The daycare was unoccupied at the time and nobody was injured, but the building was heavily damaged by fire.

Police say they have determined the fire was deliberately set.

Photo surveillance shows a person dressed in black walking up to the business moments before the fire started. Police have not released a description of the suspect at this time.

The investigation is ongoing. Anyone with information about this incident or who may have been in the area at the time and witnessed suspicious activity, is asked to contact Codiac RCMP or Crime Stoppers.