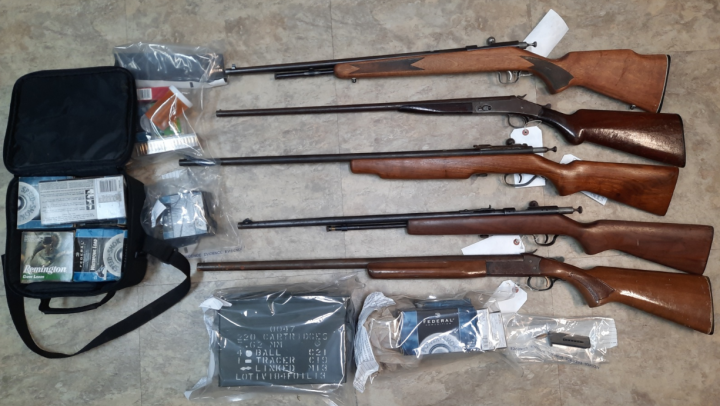 HALIFAX -- RCMP in New Brunswick say they have recovered a large quantity of stolen items and arrested two people in East Centreville, N.B.

Police say they received a report on Thursday about stolen property outside a home on Route 110. They went to the home, where they arrested a 25-year-old man and a 63-year-old man.

"A firearm was observed in plain sight and was seized," the RCMP said in a news release. "Police executed a search warrant at the home later that day and seized a large quantity of car parts that are believed to be stolen. Police also seized several firearms."

Police say Isaak Tedford Thomas appeared in Woodstock Provincial Court on Friday and was charged with possession of stolen property. He was remanded into custody and will return to court on Monday.

The 63-year-old man was released pending a future court appearance.