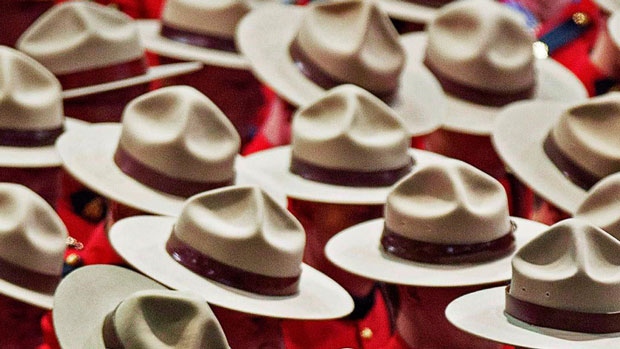 HALIFAX -- Two RCMP doctors under police investigation allegedly abused their power over vulnerable young recruits who were "deeply afraid" that speaking out would damage their careers in the national police force, a lawyer who represents RCMP sexual-misconduct victims says.

Megan McPhee, a principal with a Toronto-based law firm serving as counsel in a class-action lawsuit, said women have come forward with similar stories about sexual misconduct during medical examinations by RCMP physicians in Nova Scotia and Ontario.

"The issues we're hearing with respect to the Halifax doctor are arising very early in the employment, when there is a potential power imbalance between a doctor and a woman who is trying to fulfil her dream of becoming an RCMP officer," she said. "Women simply don't feel comfortable coming forward because they're so deeply afraid of the impact that speaking out could have on their careers."

The Halifax doctor, nicknamed Dr. Fingers, has been accused of inappropriate and unnecessary vaginal and rectal examinations, while the Toronto doctor was particularly focused on women's nipples, McPhee said.

"We're hearing from claimants about common practices and nicknames for both a doctor in Halifax and one in Toronto," she said.

The complainants don't believe there was any medical necessity to some of the examinations, she said.

"For example, an allegation of a woman having a prostate exam," McPhee said. "Other women have expressed having their breasts fondled for lengthy periods of time and it's difficult to ascribe any sort of medical necessity to that sort of examination."

The allegations against the doctors mirror widespread complaints about sexual harassment in the force that led the federal court to approve a landmark settlement last May.

The claims also reflect a broader societal reckoning with male predatory behaviour that has sparked the Me Too movement and toppled powerful men accused of sexual misconduct.

"There are lots of organizations where their history and their structure may be set up to enable the sort of things we've heard described here, which is the Old Boys Club," McPhee said. "For us to see change going forward we need to address the Old Boys Club."

She added: "One of the fundamental goals of the settlement, particularly for the class members, is to shine a light on the harassment that has occurred and to address and prevent future harassment so that we don't see a recurrence. We're working to make the force a safer place for the generations of women to come."

Halifax police spokeswoman Carol McIsaac said Friday the force has now received 50 complaints from both men and women against a retired doctor in the Halifax suburb of Bedford.

Toronto police investigating sexual assault allegations against a retired doctor in the RCMP's Ontario division would only confirm Friday that they have received "more than one" complaint.

"We will not confirm any details of the allegations that have been brought to our attention except to say that they are historic incidents," Meaghan Gray with the Toronto Police Service said. "Any allegation is being investigated thoroughly and charges will be laid, if appropriate."

McPhee said her law firm has noticed a "significant increase" in the number of women coming forward to share their stories ahead of the class action settlement deadline of Feb. 8.

Some of the allegations are "quite disturbing," she said.

"For some it can be very freeing to be sharing a story with somebody, in some cases for the very first time," McPhee said. "For many of the claimants, filing a claim can be very traumatic because they are reliving and revisiting traumatic events that they may have compartmentalized or buried so that they could try to deal with their everyday lives and be able to function."

The RCMP sexual harassment class action settlement is uncapped. McPhee said all approved claimants will be entitled to receive compensation, regardless of the number of claims approved.