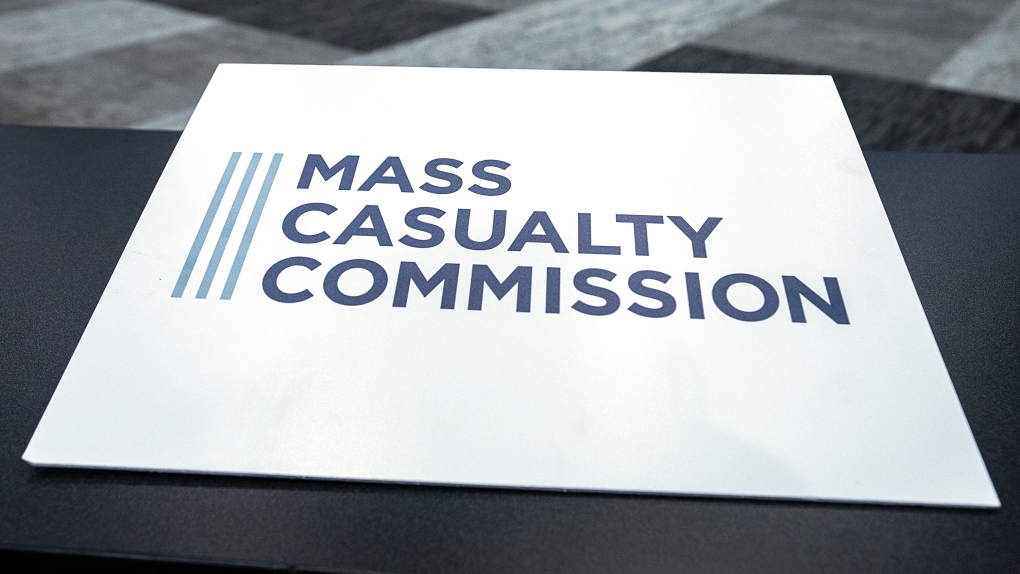 The Mass Casualty Commission inquiry into the mass murders in rural Nova Scotia on April 18/19, 2020, in Halifax on Wednesday, August 31, 2022. (THE CANADIAN PRESS/Andrew Vaughan)
HALIFAX -

A public inquiry into the 2020 mass shooting in Nova Scotia heard Wednesday from a former assistant commissioner of the RCMP who said the police force has a long history of ignoring calls for change.

Cal Corley, who is now CEO of the Community Safety Knowledge Alliance, said the RCMP has long resisted outside advice because of its deep-rooted paramilitary culture, lack of diverse views and dearth of what he called "transformational leadership."

"It's been an organization that's been historically very slow to adapt to its external environment," Corley said during a roundtable discussion. "There's an institutional culture that has been rather closed for many years."

Corley was among eight academics and bureaucrats who talked about community policing, a concept that Corley says was initially embraced by the RCMP but failed to take root. "The institutional culture is more powerful than any single leader or any single group of leaders," he said.

Corley said transformation of the RCMP into a modern police force has been stymied by leaders who lacked the competence to undertake such a task.

"This includes the ability to work with others to accomplish a shared vision, to assemble a change-capable team, develop a sense of urgency and ultimately to execute a strategy," he said.

As for the lack of diversity within the RCMP, Corley acknowledged the organization has worked hard for the past 20 years to recruit more women, people of colour and Indigenous people.

"It hires for diversity, but then it trains that diversity out of them," he said. "It becomes abundantly clear early in one's career that to succeed, one should, above all else, conform with the existing cultural norms."

As well, Corley said the RCMP's military-style command-and-control structure remains incompatible with the softer skills needed for tackling social issues, which he said is what police spend most of their time doing.

The former senior Mountie, who also served as head of the Canadian Police College, cited a 2017 study that included a 41-page list of recommendations for change that he said were largely ignored by the RCMP.

The study, produced for the Ottawa-based Macdonald-Laurier Institute, said that independent reports submitted over two decades repeatedly found that change in the RCMP had been impeded by "a lack of accountability and a culture of fear."

The study was written by Christian Leuprecht, a professor at Queen's University in Kingston, Ont., who specializes in police and security issues.

"We keep coming up with the same recommendations, over and over," Leuprecht said in an interview Wednesday. "It's well established what the problems are. And I suspect the Mass Casualty Commission will come up with things we've known for 50 years."

Leuprecht said part of the problem is that the RCMP has a mandate that is too broad.

"No other police force has a greater span of tasks, from writing traffic tickets to investigating outlaw bikers, criminal hackers, fentanyl smugglers, and money launderers," his 2017 report says. "In terms of the number of units and range of responsibilities, the RCMP is without parallel ... among democracies of comparable size."

It's important, however, to recognize the RCMP does not decide what its functions are, he said. That's up to the federal government.

"Everyone knows the organization is broken, but they're too afraid of making change for fear of breaking it completely," Leuprecht said in the interview. "And the RCMP can't fix its own mandate .... When you look for political leadership, the politicians just scatter."

The public inquiry, which started hearings in February, is expected to conclude its investigation later this month, and a final report is slated for release by March 31 of next year.

Among other things, the inquiry is investigating why it took the RCMP 13 hours to stop a man from killing people in northern and central Nova Scotia in April 2020.

The inquiry has heard Gabriel Wortman, a denture-maker based in Dartmouth, N.S., assaulted his common-law wife on the night of April 18, 2020, and then fatally shot 13 people in Portapique, N.S., while disguised as a Mountie and driving a car that looked exactly like an RCMP cruiser.

The next day, he killed another nine people -- including a Mountie and a pregnant woman -- before two RCMP officers shot him to death at a gas station in Enfield, N.S.

This report by The Canadian Press was first published Sept. 7, 2022.

The Supreme Court of Canada has ruled that a mandatory minimum sentence of four years for firing a gun at a house is unconstitutional.

Conservative Leader Pierre Poilievre doubled down on his belief that "everything feels broken" Friday, as he laced into Prime Minister Justin Trudeau for suggesting otherwise.

Thousands of Maritimers still without power after Thursday storm

Thursday’s wet and windy storm has knocked out power to thousands of people in the Maritimes, most of which are in Nova Scotia.

More than 80 Toronto police officers are expected to be in and around Toronto Transit Commission locations to reduce victimization, prevent crimes of opportunity and enhance public safety.

WHO emergency declaration call based on virus spread and variants, Dr. Bogoch explains

The World Health Organization (WHO) is set to decide Friday, whether the COVID-19 pandemic still qualifies for an international emergency declaration title— a decision that will involve factoring in how the virus and its variants are impacting countries around the world, says an infectious disease expert.

Memphis braces for release of video in Tyre Nichols' arrest

Authorities announced the Friday release of police video depicting five officers beating a Black man whose death prompted murder charges against them and provoked outrage at the country's latest instance of police brutality. Family members of Tyre Nichols pleaded for any protests to remain peaceful.

Two months after undergoing surgery for serious burns, Jay Leno is now contending with a number of broken bones after being knocked off a motorcycle.