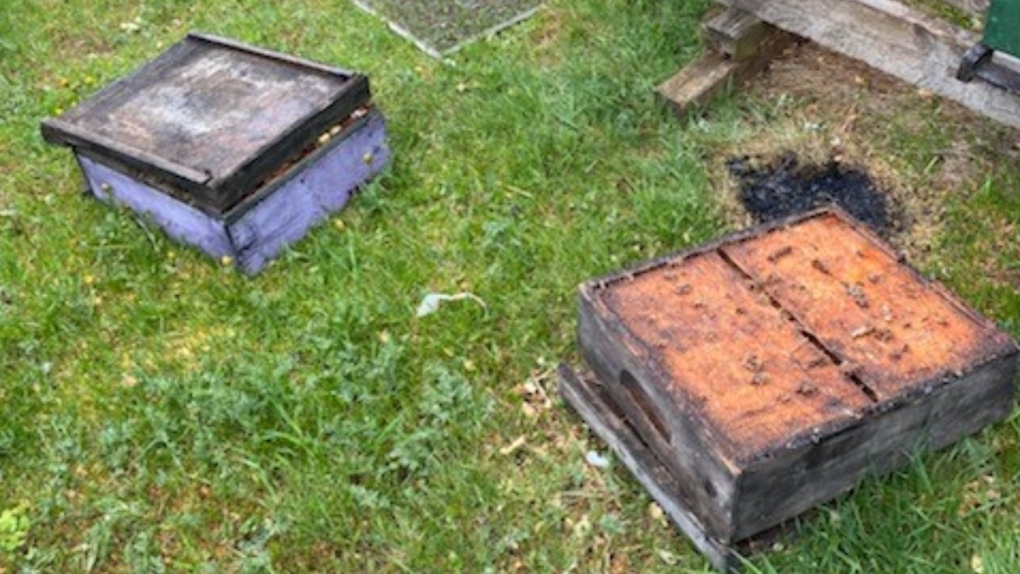 A beehive containing an active colony of bees from stolen from a property in Iris, P.E.I. Police say several pieces of the hive, including the top cover, were left behind. (P.E.I. RCMP)

The RCMP is looking for a suspect after a beehive containing a colony of bees was stolen from a property in Iris, P.E.I.

Police say the beehive was one of many at the property on Pleasant Valley Road.

The theft was reported to police on May 16. The owner told police portions of a beehive, which contained an active colony of bees, had been taken.

Police say several pieces of the hive, including the top cover, were left behind.

"The hive may just look like a weathered wooden box,” said RCMP Sgt. Leanne Butler of the Kings District RCMP in a news release.

“We have reason to believe whoever was involved in removing the hive was not experienced in dealing with bees – it is very possible they were stung quite badly when the hive was moved.”

Police believe the theft happened sometime between May 11 and May 16.

Investigators say, given the location, the thief would have needed a vehicle to remove the hive.