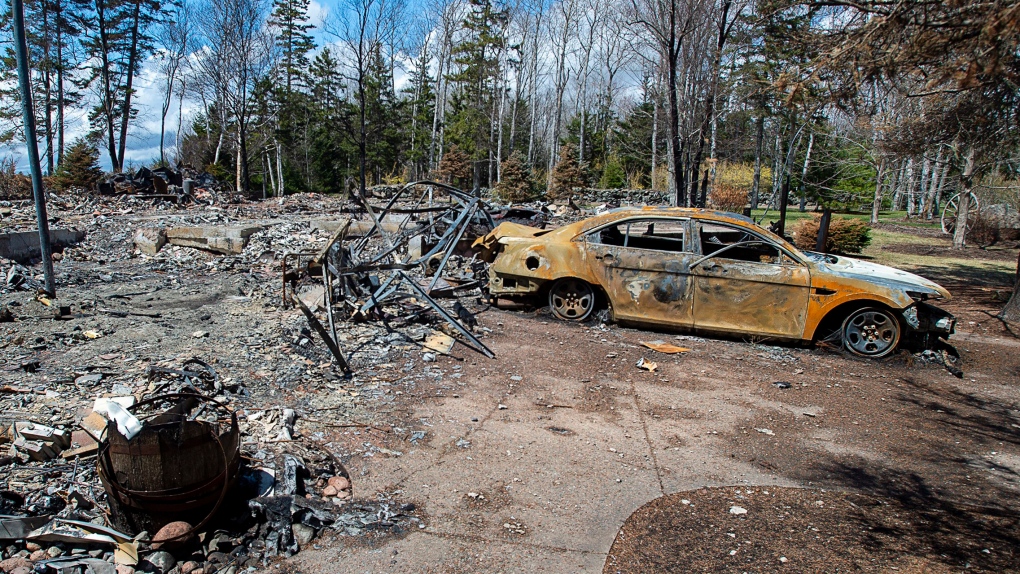 HALIFAX -- In the 12 months since a man disguised as a Mountie murdered 22 people in rural Nova Scotia, the RCMP's handling of the horrific case has come under intense scrutiny.

Through the intermittent disclosure of heavily redacted files, the RCMP and the Crown have gradually divulged a narrative that raises questions about why it took police 13 hours to stop one of the worst mass killings in Canadian history.

Wayne MacKay, a law professor at Dalhousie University in Halifax, says the glacial pace of the RCMP's investigation and their reluctance to release search warrant applications does not reflect well on the Mounties.

"They seem particularly reluctant to reveal too much ... because they fear that it will reveal they haven't approached the case in an ideal way," MacKay said in an interview. "The approach of the RCMP and their slow release of information to date is troubling."

In the past year, several media organizations have launched court challenges to gain access to search warrant applications, and a police watchdog agency has also shed light on the RCMP's actions.

Last December, for example, the Crown released a partially redacted application that described what officers saw as they arrived in Portapique, N.S., to investigate complaints of shots being fired late on April 18, 2020.

The document, known as an information to obtain or ITO, describes how a witness wounded by gunfire told the first officers on the scene that his neighbour, 51-year-old Gabriel Wortman, had been shooting people while dressed as a Mountie and driving a replica police car.

The witness, whose name is blacked out, said the vehicle in question was "almost identical to the police cars that showed up on the scene."

The man's observations are significant because they confirm the Mounties were informed of the killer's disguise and his replica vehicle early in their response to the shootings and a string of deliberately set fires, which left 13 people dead in Portapique.

The Mounties, however, did not issue a public alert about the vehicle on Twitter until 10:17 a.m. the next day.

MacKay said the only plausible explanation for the delay is that the RCMP had mistakenly concluded the suspect had died the night before.

"It's evidence of a fairly chaotic response to the tragedy," MacKay said. "They seemed to believe that he either shot himself or had died in one of the fires .... They were operating on a false premise that the risk had passed."

The RCMP last week declined to comment on the case, saying the police force will be participating in an upcoming federal-provincial inquiry. But early in their investigation, the Mounties argued they couldn't divulge anything that might compromise a criminal probe that could lead to a trial.

Christian Leuprecht, a professor at the Queen's University in Kingston, Ont., who specializes in police and security issues, said the shear complexity of a case is a complicating factor, given that it involves 435 witnesses and 16 crime scenes.

"The approach is always one of caution," he said.

Details regarding another key piece of evidence emerged in December when the Crown released a document that confirmed the RCMP knew exactly where the killer was when they received a 911 call from a home in Glenholme, N.S., at around 9:45 a.m. on April 19, 2020.

The couple didn't respond, and the killer left.

At that point, the Mounties thought they had the shooter cornered, but he escaped. Having already killed four people that morning, he would go on to kill another five people, including RCMP Const. Heidi Stevenson.

RCMP Supt. Darren Campbell, speaking at news conference on June 4, said one responding officer unknowingly passed the suspect on the road. "We actually missed that gunman by minutes," Campbell said at the time.

After that, the RCMP lost track of the killer, though they posted a tweet saying they believed he was in the Onslow-Debert area at 10:21 a.m.

The manhunt then took a disturbing turn when two RCMP officers mistakenly thought they had spotted the shooter standing next to an RCMP cruiser near the firehall in Onslow, about 95 kilometres north of Halifax.

According to a report from Nova Scotia's police watchdog, the man in question was wearing an orange, reflective vest, which matched the police description of the suspect's clothing.

When the officers tried to alert their superiors via their two-way radio, they couldn't reach anyone because the channels were jammed, the report from Serious Incident Response Team said.

"The sole reason why (the officer) was unable to transmit what they were seeing was because there was no available talk path due to the heavy volume of radio traffic," the report says.

As the two officers got out of their vehicle and raised their rifles, one of them yelled, "Police! Show your hands!"

They opened fire when the man ducked behind the car and ran toward the firehall. One officer fired four shots and the other a single shot. No one was injured -- but some of the slugs ripped into the firehall, narrowly missing firefighters and members of the public seeking shelter.

"The degree of poor management and poor communication is really astounding," MacKay said. "The leadership seems to be questionable, too."

The watchdog agency later cleared the officers of criminal wrongdoing, saying the "totality of the evidence" led the officers to believe it was the killer standing by the firehall.

The Onslow Belmont Fire Brigade posted a statement on its Facebook page last month, saying it remains "frustrated and disappointed that there will be no accountability for the RCMP. Their actions that day endangered lives, damaged property and caused mental health issues for many of the people involved."

In all, the killer travelled more than 150 kilometres before he was fatally shot by two RCMP officers who recognized him when he pulled into a gas station about 30 kilometres north of Halifax, driving a car stolen from his last victim. Another report from the police watchdog made it clear this was a chance encounter.

Despite the intense scrutiny that the RCMP have faced, Leuprecht said the Mounties are probably looking forward to taking part in the commission of inquiry, which is expected to report its findings by November 2022.

"It will give the RCMP a chance to tell their story," said Leuprecht, who also teaches at the Royal Military College of Canada in Kingston, Ont.

"Canadians will be surprised. The story the RCMP is going to tell will be: 'We did our best with the resources we had and the rules in place,"' he said.

"But there are some things that are going to come out of it that will change the way the RCMP responds to these types of incidents."