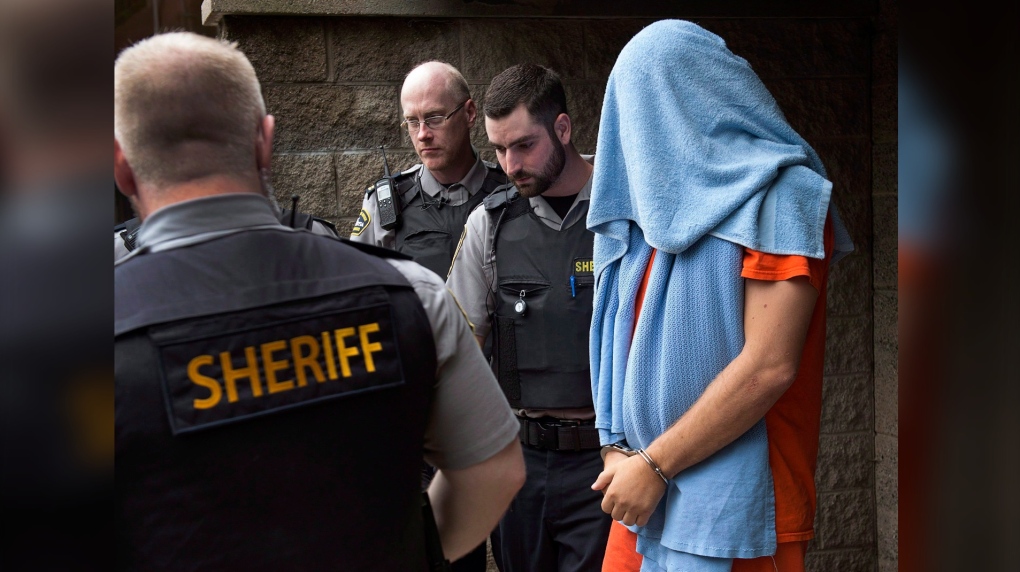 HALIFAX -- Described by a judge as a "clear and present danger" to the public, one of Nova Scotia's most notorious crime figures was declared a dangerous offender Monday.

Jimmy Melvin Jr. was handed an indeterminate sentence in Nova Scotia Supreme Court, which means he could spend the rest of his life in prison.

In a written decision, Justice Peter Rosinski noted the Crown had highlighted 23 violent crimes committed by Melvin, starting in 1995 when he was convicted of beating a victim with a stick and a rock. Melvin was 13 years old at the time.

The Crown said that for the next 25 years, Melvin had engaged in a pattern of threatening and violent behaviour, which included numerous assaults involving pool cues, hockey sticks, baseball bats and his fists. His record also included firearms offences and convictions for drug trafficking.

"I conclude beyond a reasonable doubt that Mr. Melvin will continue to be ΓÇª unable to surmount his violent conduct in the future, given the realistically available treatment options," Rosinski wrote.

"I am satisfied beyond a reasonable doubt that Mr. Melvin meets all the statutory criteria ΓÇª that he presents a high risk for violent recidivism consistent with the pattern to date, and that his risk is intractable."

The 38-year-old offender has been serving time since July 2015, when he was arrested for the murder of rival gangster Terry Marriott Jr. in February 2009.

Melvin was acquitted on the murder charge, but he was convicted in October 2017 of attempting to murder Marriott in December 2008.

Melvin's first recorded offence was for shoplifting when he was 12 years old. As his career in crime progressed, the courts took note of the fact his father was sent to prison for drug trafficking when Melvin was 11 years old.

When he entered the justice system as a youth, those trying to help him noted his poor impulse control, anti-social behaviour, anger-management issues and his lack of desire to take part in rehabilitation programming.

As an adult, he racked up 34 assault convictions. While in jail, he made a habit of abusing police and correctional officers by spitting on them and throwing feces at them.

On April 25, 2010, while serving time at the Cape Breton County Correctional Centre, Melvin told a correctional officer: "In five months when I get out, I'm going to put a bullet in your head."

In November 2012, one judge concluded, "(Melvin) is manipulative, scheming, devious about getting his way with the guards, making it known in no uncertain terms that he will not conform to the rules."

In a written brief, the Crown told the judge that Melvin's actions have come at a great cost to society.

And according to one psychiatrist's report, Melvin should be diagnosed with antisocial personality disorder. "This diagnosis is based on a history of repeated lawbreaking typically associated with a broad range of troubling behaviours such as irresponsibility, irritability, aggression, recklessness and impulsivity."

On Dec. 4, 2008, days after he was released from prison, Melvin was shot twice in the upper torso as he stood outside a daycare centre in a densely populated neighbourhood. The shooting was described at the time as the result of a turf war in the illicit drug trade between two competing crime families.

Melvin's indeterminate sentence means the only way he can get out of prison is by establishing a record of positive change, before the Parole Board of Canada. He will have to prove that his risk level has been reduced to the point that his detention can no longer be justified.

The board will review his sentence after seven years and then every two years after that.