Recovery effort for missing N.S. boy Dylan Ehler will continue over the weekend

HALIFAX -- Police say the recovery operation in Truro, N.S., will continue over the weekend after a three-year-old boy disappeared from his grandmother’s yard Wednesday afternoon.

The search for Dylan Ehler shifted to a recovery operation Thursday evening, following a discussion with the boy’s family.

“It’s not a decision that we were hoping to come to, but that’s where we are and the reality of the situation right now.”

Search crews returned to the scene Friday morning and remained focused on the Salmon River, which empties into Cobequid Bay.

“We’re in the recovery mode now, so that phase is going to continue until we’ve exhausted everything that we can possibly do,” said MacNeil.

MacNeil said crews will focus their efforts on the shoreline of the Salmon River over the weekend.

Colchester Ground Search and Rescue has set up its operation on the Timbits Soccer Field at Marshland Drive and Park Street. 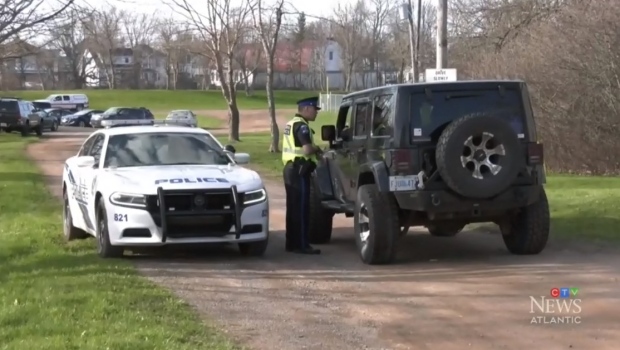 Dylan had been playing with his grandmother outside of her home on Elizabeth Street when he disappeared Wednesday afternoon.

MacNeil told reporters during a news conference on Thursday that she got distracted by her dog and, when she turned around, Dylan was gone.

“His grandmother became briefly distracted and turned around for a moment, and when she turned back, Dylan was no longer in the yard,” said MacNeil.

“He thinks it’s a game. Once he’s out and about, he loves to run. He was outside with his grandmother. Then he was gone,” said Brown on Thursday.

The boy was reported missing around 1:20 p.m. Wednesday. 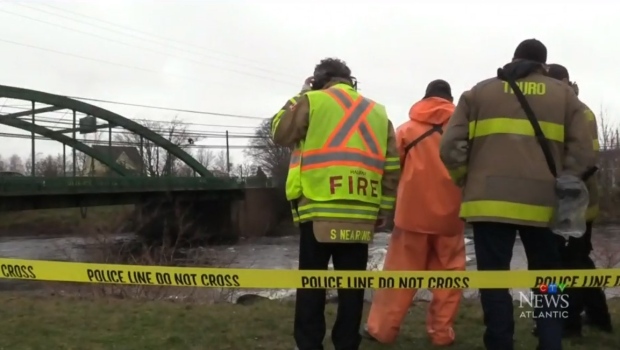 Friday marked the third day of what has been an extensive search for the missing toddler.

The search has included support from local police, RCMP, a K9 unit, the Truro Fire Service, Ground Search and Rescue teams from Colchester County and Halifax, a DNR helicopter, as well as a dive team.

Crews have spent three days scouring the ground, air and water, including a quick-moving brook and river, near the grandmother’s home.

Wednesday evening, much of the focus shifted to Lepper Brook and the Salmon River after the boy’s boots were found in the brook.

One boot was found at 7:20 p.m. and the other was found further down the brook, close to where it meets the river, before 9 p.m.

Crews used thermal-imaging and underwater cameras as the extensive search continued overnight and into Thursday morning.

Much of Thursday’s search was focused on the waterways, with crews walking along the Salmon River and up to Cobequid Bay as a helicopter monitored the scene from the air.

The search was suspended overnight and resumed Friday morning. Crews remain focused on the waterways and expanded the search zone further down the river and out into Cobequid Bay.

“We’ve concluded our work around the original site and we’ve expanded that search zone further down the Salmon River toward the mouth of Cobequid Bay,” said MacNeil during Friday’s news conference.

“So we’re continuing to fly that pattern back and forth in the river system and there are searchers that are ready to deploy to those areas as well, on foot, if required.” 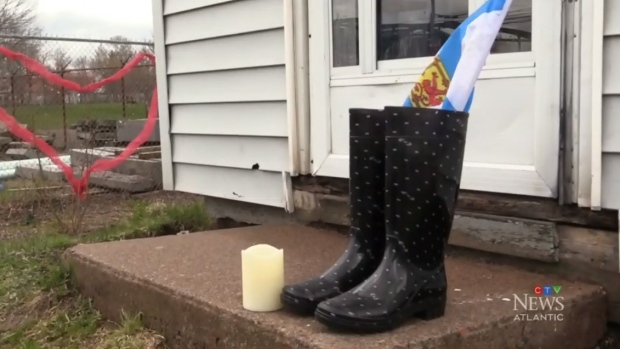 The boy’s disappearance is yet another difficult situation for residents of Colchester County to process.

Last month, a gunman went on a rampage in Nova Scotia, killing 22 people in several communities close to Truro, N.S.

Last week, a Canadian Forces helicopter crashed off the coast of Greece, killing six people, including Sub-Lt. Matthew Pyke, who was originally from Truro and lived in nearby Rawdon.

“We’ve suffered a lot of tragedy in the last few weeks,” echoed MacNeil. “It’s a strong community and we’re all rallying around to get through this.”

He said there has been a strong show of support in the town since Dylan’s disappearance.

“The amount of food and well-wishing and people wanting to help has just been amazing.”

Some residents have placed rubber boots on their doorsteps as a sign of hope that the boy may still return home and in a show of support for his family.

“I put out a teddy bear and a blanket hoping that he would … just find his way up the road and I left the light on so he could see my yard is all lit up,” said Reddick.

“I’m a grandmother and I can’t even imagine, what if mine gone missing? I can’t even fathom. Hopefully they will find him.”

Truro Mayor Bill Mills said the displays haven’t gone unnoticed and are bringing some comfort to the town at a tragic time.

“One thing that I really appreciate is the outpouring of support from Nova Scotia, the Maritimes, Atlantic Canada and across the country,” said Mills.

“People wonder if it makes a difference and I’m here to tell you, as mayor of the Town of Truro, it makes a huge difference to feel your support and we thank you for that.”

“Nova Scotia is hurting and it’s devastating to have to talk about the recovery operation underway for three-year-old Dylan Ehler,” said the premier.

“To his family, it’s hard to find the words. I can’t imagine your pain and I know you’re scared. Hold onto each other and try to stay strong and know that our thoughts and prayers are with you and Dylan.”