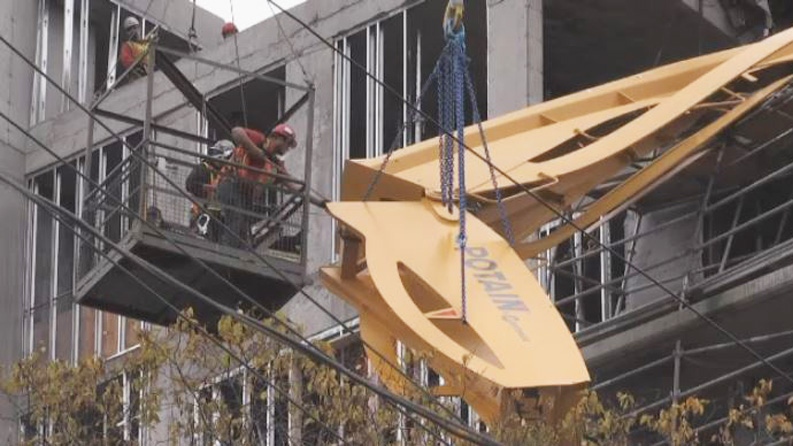 Crews work to remove the toppled construction crane in downtown Halifax on Oct. 15, 2019.

HALIFAX -- Nova Scotia's transportation minister says the cost of removing a construction crane that toppled in downtown Halifax during post-tropical storm Dorian is at least $2-million.

Lloyd Hines says the province is examining invoices from an engineering firm and the crane company in an attempt to confirm the final number, and once it does it will look to recover the money after it determines who is responsible for the bill.

Provincial taxpayers are currently on the hook because the province declared a localized state of emergency in the area around the crane in order to speed up its removal.

That step shifted the liability for the crane's removal to the province.

The crane collapsed on Sept. 7 amid powerful gusts from Dorian as it roared into the city.

Hines stopped short of saying the province will sue to recover the money but said legal action is possible.

He said the province would rather see a settlement reached in which those responsible agree to pay.

"Reasonable people make reasonable judgments, and that's where we would start," he said. "There'll be lots of negotiation ... but in terms of going the legal route right off the bat, that's always an option that we would keep in our bag of tricks."

Earlier this month, the final three of the eight businesses that were evacuated when the crane collapsed were allowed to return to their locations.

This came after the crane and debris were removed from the Olympus building on South Park Street and the state of emergency was lifted.

The evacuation order had also displaced residents from 21 units of the nearby Trillium building.