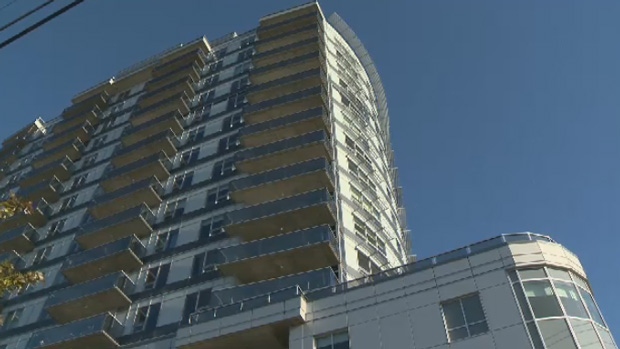 Two days after Nova Scotia's Liberals announced temporary rent caps in response to evictions and fast-rising rents amid the pandemic, they quietly decreased how broadly the controls applied.

HALIFAX -- Two days after Nova Scotia's Liberals announced temporary rent caps in response to evictions and fast-rising rents amid the pandemic, they quietly decreased how broadly the controls applied.

On Nov. 25, Chuck Porter, who was at the time minister of municipal affairs and housing, signed a minister's directive that limited rent increases to two per cent annually until the conclusion of the state of emergency, or February 2022 -- whichever came first.

It included a provision that rent controls would apply both to existing tenants and new tenants coming into the same accommodation.

The provision for new tenants, which advocates say is key to discouraging landlords from finding ways to evict tenants, was dropped in an amendment to the Emergency Management Act by Porter on Nov. 27, with no news release issued about the change.

A spokeswoman for Service Nova Scotia, which oversees the Residential Tenancies Act, said in an email Wednesday the directive "was amended as it went further than the policy intent of protection for existing tenants."

Tracy Barron said the later version was posted on the government's COVID-19 website and published in the Royal Gazette. Some landlord and tenants groups also say they received an email about the change.

Hannah Wood, a spokeswoman for the Association of Community Organizations for Reform Now, or ACORN, said in an email Thursday the removal of the provision undermines a key purpose of the rent cap, which is to stabilize rent at a time when very low vacancy rates are driving up prices.

"The lack of public announcement around this decision raises questions around transparency and reasoning," she wrote.

"By allowing landlords to raise the rent between tenants, the government incentivized landlords to evict long-term tenants or those with below-market rents, which is contributing to the wave of evictions that ACORN is seeing now."

Gary Burrill, the leader of the opposition NDP, said in an interview Thursday the change is a major weakening of the regulation, "as it doesn't offer the protections new tenants need ... and the effect is to diminish the impact of having rent control at all."

"To do that undercover and, in essence, secretly, is both surreptitious and sneaky," he said.

Kevin Russell, the executive director of the Investment Property Owners Association of Nova Scotia, said in an interview Thursday the changes were a reasonable way to reflect the legislation's original intent of protecting existing tenants from excessive rent increases.

Russell said when a tenant moves out, it's a natural point for the landlord to do work on the apartment and potentially raise rent to cover the expenses and the upgraded condition of the residence. He said that could mean the increase would need to be more than two per cent, as new appliances, flooring and kitchen cabinets are expensive.

"You'd have to get a return on the investment to reflect the amount of funds put into the unit," he said.

However, Mark Culligan, a community legal worker with the Dalhousie Legal Aid Service, said the change was disappointing after the rental cap was announced with fanfare.

In addition, he notes that on Jan. 4 he received a letter from Service Nova Scotia stating that fines would not be issued by residential tenancies officers for violations of the act, leaving enforcement to police and the prosecution service.

Spokespeople for the Nova Scotia Public Prosecution Service, the RCMP and the Halifax police said to date there have been no prosecutions or tickets under provisions of the minister's directive.

This report by The Canadian Press was first published June 10, 2021.