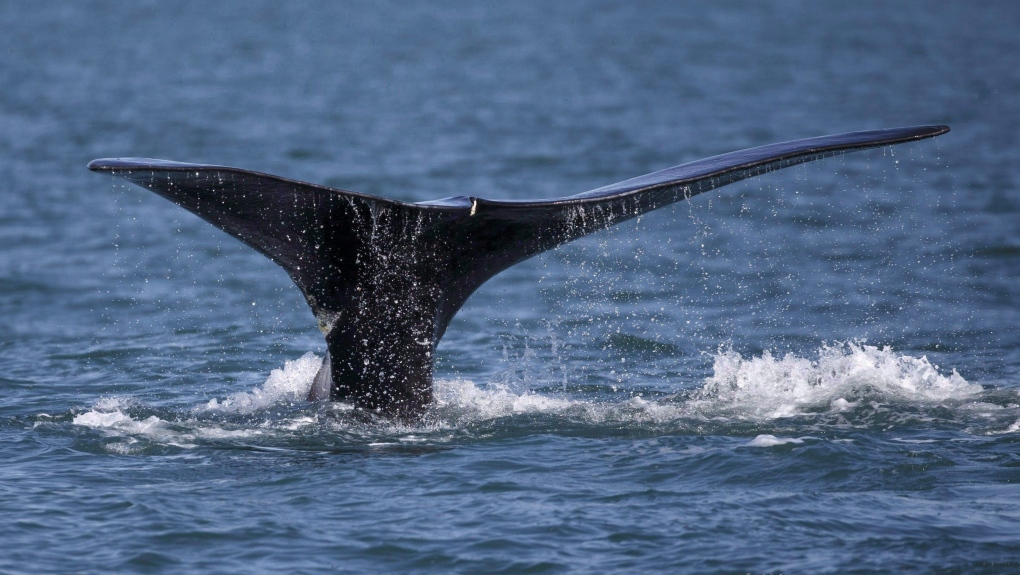 HALIFAX -- Advocates for the endangered North Atlantic right whale are mourning the loss of a whale they describe as a "dear old friend" who was both a mother and grandmother to many calves.

The animal found dead earlier this week has been identified by the Marine Animal Response Society in Halifax and the New England Aquarium Right Whale Research Program as a 40-year-old female named Punctuation.

An aerial survey team from the federal Fisheries Department said they discovered the body of the right whale floating off the coast of the Magdalen Islands on June 20.

Tonya Wimmer, the executive director of the Marine Animal Response Society, says researchers have been studying Punctuation for nearly four decades, and are aware of her giving birth to eight calves.

She says it's particularly concerning when a female animal is lost from the population of 411 whales.

Wimmer says there's little time left to reverse the decrease in the number of females, and that each death is a major blow to efforts to restore the population.

"A lot of the 1/8right whales 3/8 that have died have been female," she said in a telephone interview on Saturday.

"There isn't too much more time to reverse this sort of struggle that they're facing before they get to a state where we've lost too many reproductive females."

Other long-time followers of the whales are mourning the loss of Punctuation on social media.

"North Atlantic right whale .1281, was named 'Punctuation' because the small scars on her head looked like dashes and commas," said Heather Chichester Pettis, who works for the New England Aquarium, in a Facebook post.

"Understanding how and why right whales are killed is essential to evaluating and improving management and conservation efforts aimed at saving this species," she wrote.

"In the meantime, researchers mourn the loss of yet another important whale in this population and a dear old friend we'll miss seeing out on the water."