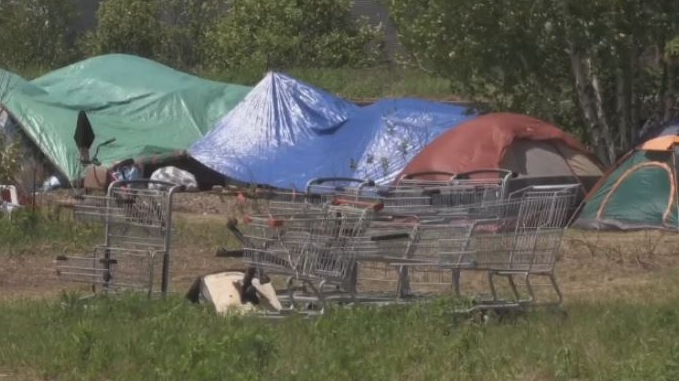 Residents of Moncton’s tent city have been ordered to leave the site no later than Wednesday.

A number of homeless people have been living in tents at the south end of Albert Street for months, prompting complaints from nearby residents and businesses, who expressed concerns about thefts violence, and litter.

The city issued an official eviction notice on Monday.

City officials say beds are available at House of Nazareth and Harvest House, and they are encouraging residents to relocate to one of those shelters.