Revitalizing the sport of hockey in Glace Bay

Revitalizing the sport of hockey in Glace Bay 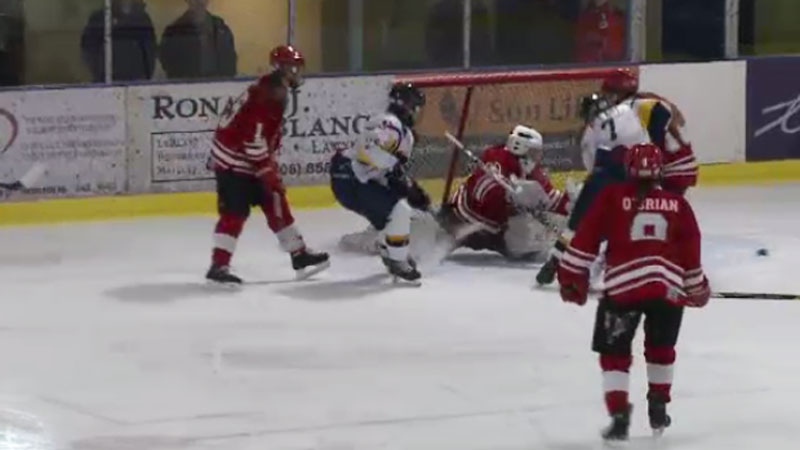 The parking lot and hockey arena might be empty in Glace Bay, N.S., but plans are underway to help grow the game in the community.

For the first time, two female university hockey teams will lace up their skates at the Miners Forum.

Organizers say it’s a way to grow the game at the grassroots level.

“Not only is it an opportunity for our players to see the high level of hockey that's available for them, but it's also a chance for the three local girls to play in front of their home fans,” said Geoff Oliver, female development co-ordinator.

Glace Bay native and St. Mary's forward Aimee O'Neill says the game has changed since she first stepped on the ice many years ago.

“It will be really amazing to come back to the rink that I grew up in and play in front of coaches that helped me when I was younger get where I am today,” said O’Neill.

She says there are now more opportunities for females looking to play the sport.

“I played boys when I was younger and usually I’d be the only girl and even if I played on team Nova Scotia, I’d be the only one from Cape Breton,” said O’Neill. “Now we have three on our team from here and I know a lot of girls that play at that level, so it's definitely grown a lot.”

Opportunities for girls and women to be involved in hockey in Nova Scotia continue to grow too.

The Maritime Junior Hockey League recently announced a new development program aimed at women and plans to hire up to 10 of them as assistant coaches and scouts for the upcoming season.

It comes at a time when Hockey Canada is facing a reckoning of sorts, for its handling of sexual assault allegations against members of past junior men's hockey teams.

And at this year's event in Edmonton, crowds have been small with many sponsors pulling out.

“It is a great game and throughout the history of sport there's always going to be some dark times, but we have to work past that and look for better ways to improve upon that,” said Oliver.

The town of Port aux Basque in Newfoundland is under a state of emergency as first responders cope with electrical fires, residential flooding, and washouts due to post-tropical storm Fiona.