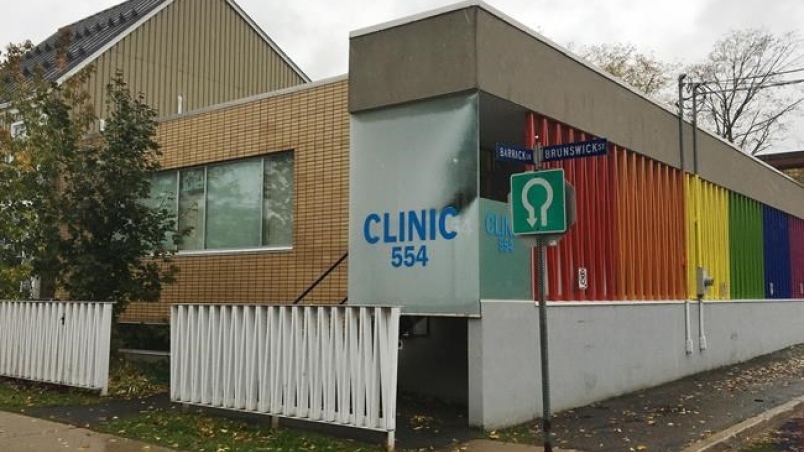 Clinic 554 in Fredericton, N.B., is shown on Thursday, Oct. 17, 2019. A non-profit civil liberties organization said its prepared to take New Brunswick to court over abortion access following controversy on the upcoming closure of the province's only out-of-hospital abortion clinic. THE CANADIAN PRESS/Kevin Bissett

FREDERICTON -- A civil rights group is threatening New Brunswick's government with a lawsuit to force the province to repeal its abortion-related legislation and to make the procedure more widely available.

If the government doesn't repeal its "discriminatory laws" on abortion and give wider access to the procedure, "we are prepared to commence legal proceedings," the letter reads.

Noa Mendelsohn Aviv, a director with the group, said New Brunswick is violating citizens' rights under the Charter.

"It's a fundamental rights issue and it's a matter of constitutionality and the province has not been willing to budge for a long time," she said in an interview Wednesday.

The association is targeting regulation 84-20 under New Brunswick's Medical Services Payment Act. That rule states the province will not subsidize the cost of an abortion conducted outside a "hospital facility approved by the jurisdiction in which the hospital facility is located."

Mendelsohn Aviv said that since there are only three hospitals in the province that provide abortion services -- two in Moncton and one in Bathurst -- most New Brunswickers don't have proper access to the procedure. Many, she added, don't have the means to travel to access the service.

Mendelsohn Aviv said she's confident that if the matter goes to court, her organization would win and force the province to repeal that law. The letter is just the beginning of the process, she added.

"This is step one and with any luck it will be sufficient," she said. "The cost to the government of fighting a lawsuit that they will lose is far greater than any cost to providing safe and accessible abortion care in the province."

A provincial government spokesperson refused to comment on the letter Thursday. "We do not comment on potential legal matters," Coreen Enos said in an email.

The only facility where New Brunswick residents can obtain an abortion outside a hospital is Clinic 554 in Fredericton. But its medical director, Dr. Adrian Edgar, has said the centre is facing closure because it's not financially sustainable.

Mendelsohn Aviv said the province has been called out before for its strict abortion regulations. Prime Minister Justin Trudeau reminded Higgs last year the province has an obligation to fund out-of-hospital abortions or risk penalties.

"Women are not covered in specific regions of that particular province, so I have spoken with my counterpart ... and we'll continue those conversations," Hajdu said.

"We expect the province to come into compliance and ensure there is equity in access, in particular around abortion."