TORONTO -- Rita MacNeil, a singer-songwriter from small-town Canada whose powerful voice explored genres from country, to folk, to gospel, died Tuesday night following complications from surgery. She was 68.

Always seeming an unlikely star, MacNeil worked tirelessly over decades to gradually become a beloved fixture in Canadian culture, with her greatest success coming only after she was in her 40s.

Her spotless, astonishingly full voice carried a light Celtic lilt that only sweetened her dulcet tones, but she was a versatile singer who could produce grittier notes as well.

She was painfully shy and admitted to battling self-confidence issues, largely stemming from her weight. Yet she was a renowned live performer who sold out gigs around the world.

"I am deeply saddened by the loss of a dear sweet woman and a gifted singer-songwriter who represented women and her beloved Nova Scotia so eloquently in her songs," singer Anne Murray said in a statement.

A publicist for MacNeil would not reveal the exact nature of the singer's surgery, but said it took place in Sydney, N.S., and was for a "re-occurring infection."

Word her death touched off a torrent of tributes.

Country music legend Tommy Hunter said his "one vivid memory" of MacNeil was when she was a guest on his show.

"Coming from a coal mining area she had a soft spot in her heart for those miners. When she sang 'Working Man' there wasn't a dry eye in the house. Rita could convey that kind of warmth and sincerity through her songs to the people in the studio audience and to the viewers at home. It was evident that she touched them all from the many letters and comments we received after that show. I have lost a good friend."

Added Prime Minister Stephen Harper: "Saddened to hear about the passing of one of Cape Breton and Canada's finest voices, Rita MacNeil."

Born in Big Pond, N.S., in 1944, MacNeil grew up with three brothers and four sisters. She fell in love with singing by the age of six, despite her shy disposition and a cleft palate that eventually required surgery.

She relocated to Toronto at age 17 in 1962. Once there, she endured a succession of low-paying jobs, including a retail gig at Eaton's and a stint as a cleaning woman.

Meanwhile, she turned heads with appearances at Toronto's famed Riverboat folk club and performances at the Mariposa folk festival, but wasn't earning enough to pay the rent.

While struggling to make ends meet, she found comfort in the fledgling women's movement. She began attending meetings in Toronto in the early '70s that she found out -- years later -- were being monitored by the RCMP.

"If you wanted to see a bunch of women sitting around talking about issues and going on demonstrations that are peaceful and non-violent, then so be it, but I don't think there was a reason to do that," MacNeil said in 2008.

"What's radical about equal pay for equal work? And trying to empower women to reach the potential that they have?"

MacNeil has said these meetings gave her strength and pushed forth her songwriting -- in fact, after one get-together, she was inspired to write her first song.

By 1975, she was ready to independently release her first album, "Born a Woman."

"All of those songs would have been sung at rallies, demonstrations or meetings that we attended," MacNeil said.

She had two children during that time as well -- Laura and Wade -- though she would eventually divorce their father.

She returned to Big Pond, N.S., in 1976 and continued writing. In 1981, she issued "Part of the Mystery," a record financed by family and friends. Big Pond Publishing and Productions Ltd., was operated on a minuscule budget and was forced to conduct sales on a consignment basis.

Still, MacNeil was building a fan base through her consistently first-rate performances and slowly growing discography. She issued another album, "I'm Not What I Seem," in 1983.

Her breakthrough came with 1987's "Flying on Your Own." The album -- with a cover featuring MacNeil under one of her trademark floppy hats -- finally won her some radio play, largely on easy-listening stations in smaller Canadian cities. It was soon certified platinum.

Also in 1987, MacNeil won her first Juno Award as Canada's "most promising female vocalist" -- at age 42 (she graciously accepted the award even though some thought it odd).

She didn't wait long to issue a followup, releasing "Reason to Believe" the following year. Some reviewers thought the record represented a compromise in MacNeil's sound, with a move toward a more rock-oriented style. MacNeil disputed that and pointing out she always loved rock.

She issued a popular Christmas album later that year and began recording hit records at a torrid pace, with a new release coming near-annually for the next decade.

The von Trapps, who toured Canada with MacNeil during Christmas in 2011, said in a statement that it was an honour to be able to know and work with such a prolific songwriter.

"She had such a generous heart, and great sense of humour. We will miss her dearly. She will always be with us through her music and the special moments we shared."

And she further expanded her reach by launching the CBC-TV variety show "Rita & Friends" in 1994. The show ran through 1997 and won a Gemini Award.

MacNeil was made a member of the Order of Canada in 1992 and the Order of Nova Scotia in 2005. In addition to her three Junos, she won multiple Canadian Country Music Association awards and East Coast Music Awards trophies.

"The most genuine entertainer I have ever worked with," said Rocklands Entertainment Inc. CEO Brian Edwards.

"I had the honour to travel with Rita all over North America. Each of the 400 shows Rita performed during our 15 year of working together carries a very special memory that I will always cherish." 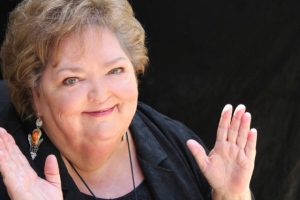