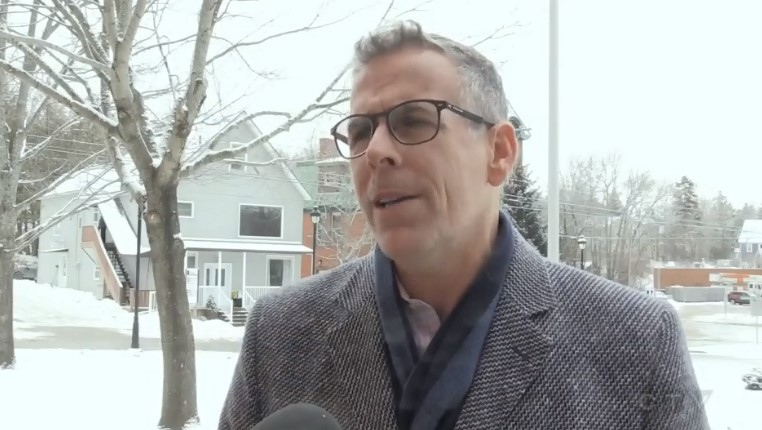 SAINT JOHN, N.B. -- A parking enforcement official in Saint John, N.B., has been fired after he allegedly told a woman who tried to contest a ticket that she should return when she could speak English.

Mayor Don Darling confirmed Tuesday afternoon that the official, who had been hired by a federal agency that gives jobs to veterans, is no longer working for the city.

"They are technically employed by the Canadian Corps of Commissionaires, so we've informed them that the individual won't have any role with the city," Darling said.

The mayor called the incident an act of racism. "It's very important for any organization, whether it be public sector or private sector, to act swiftly when it comes to acts of racism," he said.

Yamama Zein Alabdin received a $100 ticket Monday after parking her car in a loading zone before delivering inventory to the family restaurant on Germain Street in the city's uptown.

A bystander who witnessed a confrontation between Zein Alabdin and the parking employee posted a letter to social media describing the incident. Mishelle Carson-Roy wrote that the woman tried speaking French but was told to come back when she could speak English.

Zein Alabdin and her family are originally from Syria. They arrived in Canada from Egypt five years ago.

"These wonderfully hard-working newcomers are doing their best to build a life here while investing in the city, by giving the people of Saint John their goods and service and in return, a member of your team degraded her with their ignorance," Carson-Roy said.

In an interview Tuesday, with her husband serving as interpreter, Zein Alabdin said she was surprised when her son told her she was getting a ticket.

"As usual, every day we brought our inventory to our restaurant," she said. "The zone loading is not for personal cars. We have been in business for three years and always we have used this zone for unloading."

Zein Alabdin said she tried to argue her case to the parking official, in French. "He said when you can speak English you can speak to me."

Yamama's husband, Zein Alabdin, said his wife cried most of the day and was upset that other cars parked in the loading zone were allowed to move but she was given a ticket. He said she was overwhelmed by the support online from the public and by the fact the city cancelled the fine.

Darling said it was important to have the incident investigated and dealt with promptly.

"It is unacceptable, disappointing, sad and from one perspective, an opportunity," he said. "I am very passionate about rooting out racism and systemic racism. I'd love to tell you we're perfect, but we're not, no one is.

"I think this gives us the opportunity to recognize that we have more work to do and that we can do better."