Saving Sammy: From the race track to a kill pen, a beloved horse finds his way home

Jayson Baxter, producer and co-host of CTV News at 5, shares the personal story of Saving Sammy, his family’s beloved racehorse.

Sammy was going to be meat. A horse, so loved for the first five years of his life, was going to end up on a dinner plate somewhere in Europe, or maybe Asia. At 15, he was tired, severely dehydrated, fighting infection and scheduled for shipment and slaughter. He looked broken and emaciated as he stood in a Pennsylvania kill pen overcrowded with doomed horses.

"He was on death row," said my 75-year-old father Denny Baxter, eyes cast down to hide the tears.

My father has loved horses and harness racing since his earliest memories, watching and later helping his grandfather Fergie race on the Halifax Commons.

"I just thought they were God’s most beautiful creatures and I still do," he said. "I love how they smell."

But no horse ever captured his heart like Samspace, a pacer with blazing speed. Dad raised Bunny, Sammy’s mother. He was her first-born after retirement and dad had high hopes for his career. He spoiled Sammy with a generous diet of apples, carrots and TLC. He made the nearly 170 km round-trip drive from Lower Sackville, N.S. to Truro Raceway daily, no matter the weather, to train and take care of him.

"Man, when he found his legs did he become a race horse," remembered dad. 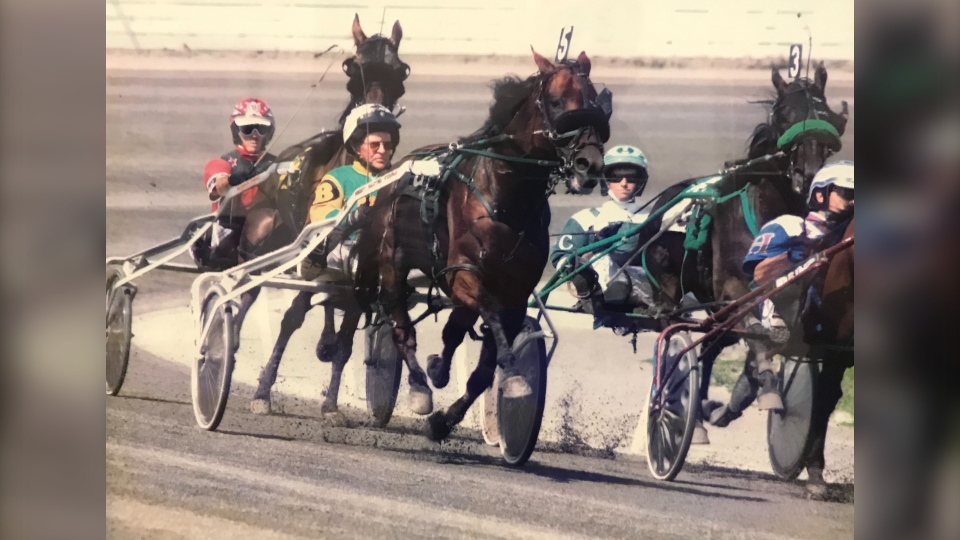 Sammy and dad racing in 2008, in Charlottetown. (Photo: Jayson Baxter)

Their last race as a team was May 31, 2009 at Toronto’s Mohawk Raceway. Sammy was in his prime. He won impressively and by the next morning my father had six lucrative offers for him. At age 65 and living on a pension, he felt like he had no choice but todo the right thing financially for himself and my mom, Jeanie. So he sold Sammy. It broke his heart. 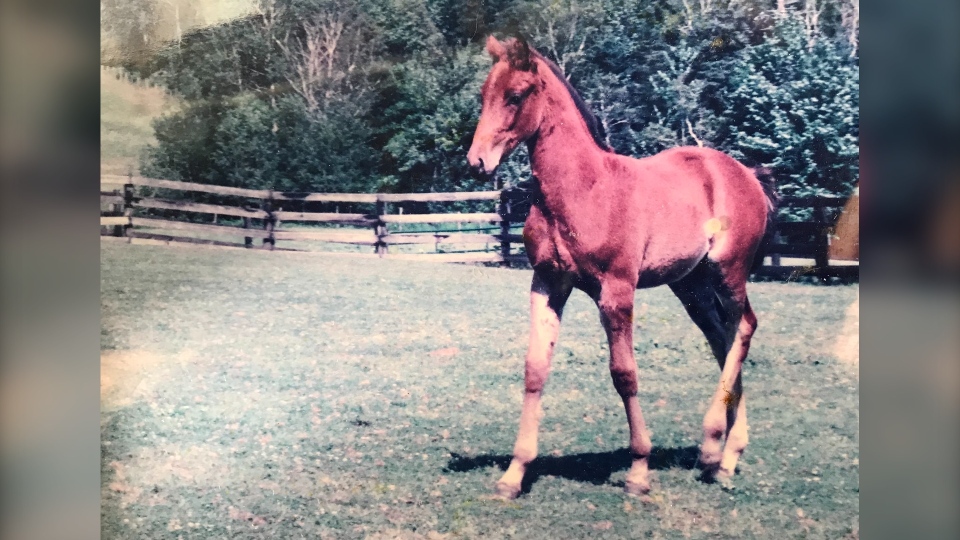 Sammy raced for parts of two more years, was sold six more times, and then broke down physically. His last race was in 2011. Then he disappeared without a trace. My family feared the worst: that Sammy had been sold for meat, the horse industry’s dirty little secret. So many of these animals give all they can in competition or to their humans and then end up slaughtered. The U.S. banned the practice domestically in 2007, but horses are still gathered there in kill pens, by the thousands each year, then shipped to either Mexico or Canada for slaughter.

When mom answered the phone a woman named Kim Sloan identified herself as a volunteer with the Standardbred Retirement Foundation. It’s a U.S. non-profit that’s been saving Standardbreds from slaughter for 30 years.

"Do you know a horse named Samspace?" she asked after he picked up.

"Do I know him?" my dad asked incredulously. "I raised him and raced him all over. He's named after my best friend. Why?"

"Well, he's alive, but he's in danger," Sloan said. "I found him in a kill pen in Pennsylvania. He's scheduled for slaughter."

Like my father, I’ve always loved horses. Dad was a trainer and driver by the time I was born. If our home track, Sackville Downs, hadn’t closed in 1996, I might have followed him into the sulky. Instead I followed my own path into journalism.

But throughout the last decade of dad’s career, I’d travel with him from track to track, barn to barn, working as his groom. I’d use my summer vacations to help race Sammy in Toronto and New York. He was my favourite too. He was a young stud with talent, but it was his kind heart and intelligence that touched us both deeply. I’ve known very few stallions as gentle. Pictures of him don’t adorn my living room walls like they do mom and dad’s, but I loved him and missed him too. 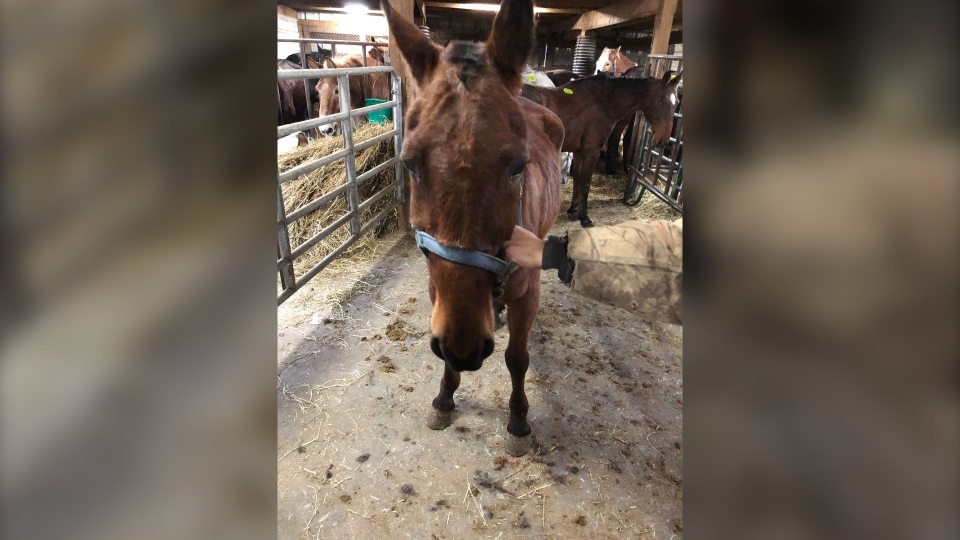 Sammy stands in line at a Pennsylvania kill pen. "He was on death row," said dad. (Photo: Standardbred Retirement Foundation)

My wife and I walked into my parents’ kitchen 10 minutes after Sloan’s call.

"The old horse is still kicking, Jay," dad said, shaking his head in disbelief. "I can’t believe it!"

My jaw dropped open. Then joy filled my heart, followed quickly by worry. Sammy was alive…but not for long. We knew I had to save him.

Tune in for part two, Tuesday on CTV News at Five.