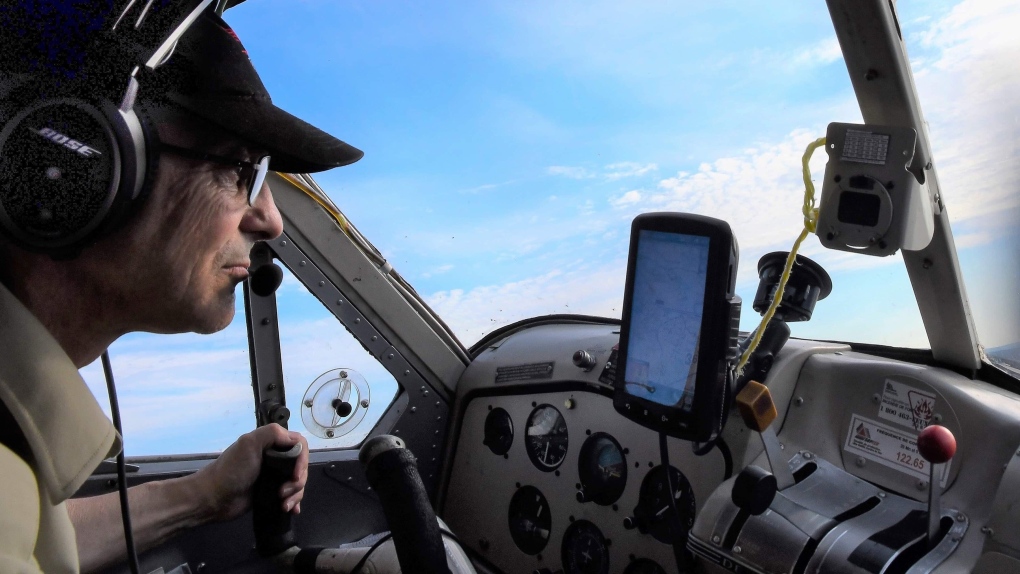 Gilles Morin is seen in this undated handout photo. Gilles Morin, 61-year-old pilot with Air Saguenay was one of seven people on board a float plane that crashed into a Labrador lake on July 15, 2019. (THE CANADIAN PRESS/HO, Jean Tremblay)

ST. JOHN'S, N.L. -- The lengthy search for a downed float plane and three missing men has been suspended, and RCMP personnel have left the Labrador lake where the plane crashed last month.

The RCMP announced today that search efforts had concluded on Aug. 8 and divers have left Mistastin Lake, located about 100 kilometres southwest of Nain.

The police force had been leading the search for the plane and three men who remain missing after it crashed into the lake on July 15.

Seven men, including the pilot, were on board the Air Saguenay-owned de Havilland DHC-2 Beaver. Four bodies have been recovered.

RCMP Cpl. Jolene Garland said the plane's fuselage and the missing occupants were not located, and the force is now discussing its next steps.

The cause of the crash is unknown. The Transportation Safety Board of Canada has said it would inspect the plane after it had been found and removed from the water.

Military divers sent to assist the RCMP's efforts searching the remote lake concluded their work on Aug. 6, a spokesman confirmed on Monday.