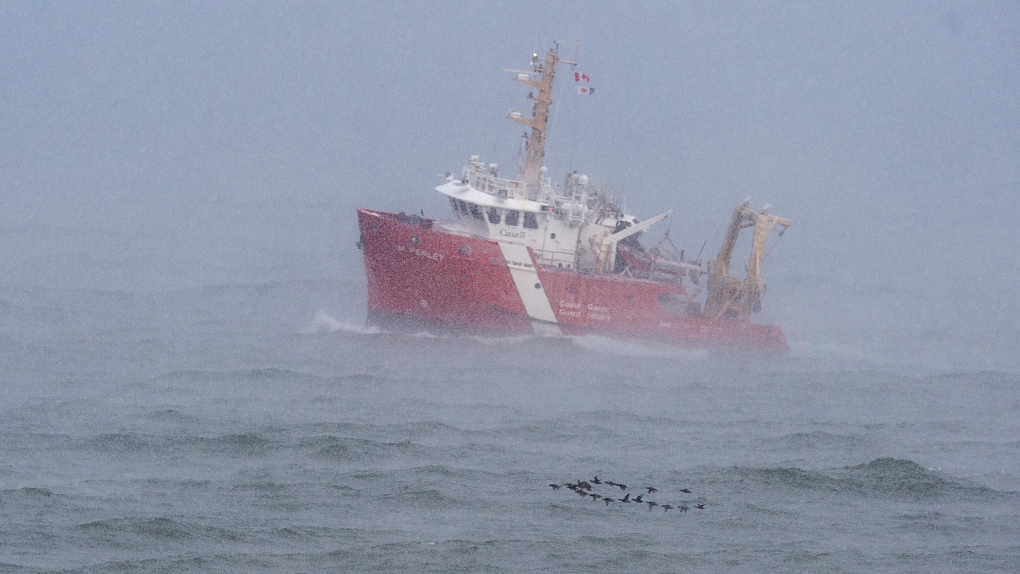 The CGGS M. Perley searches the waters of the Bay of Fundy in Hillsburn, N.S. on Wednesday, Dec. 16, 2020 as they continue to look for five fishermen missing after the scallop dragger Chief William Saulis sank in the Bay of Fundy. (THE CANADIAN PRESS/Andrew Vaughan)

HALIFAX -- The RCMP says the search for five missing scallop fishermen and their boat that sank off southwest Nova Scotia has moved to new targeted areas.

The Mounties say a search of areas in the Bay of Fundy identified by GPS co-ordinates and other information failed to locate the Chief William Saulis.

They say they're continuing a search of new areas today using side scan sonor and a remote operated vehicle and could resume an aerial search as they get new information.

The body of one fisherman was found shortly after the vessel sank near Delaps Cove on Dec. 15 in bad weather.