Search resumes for body of Ontario man at Peggys Cove 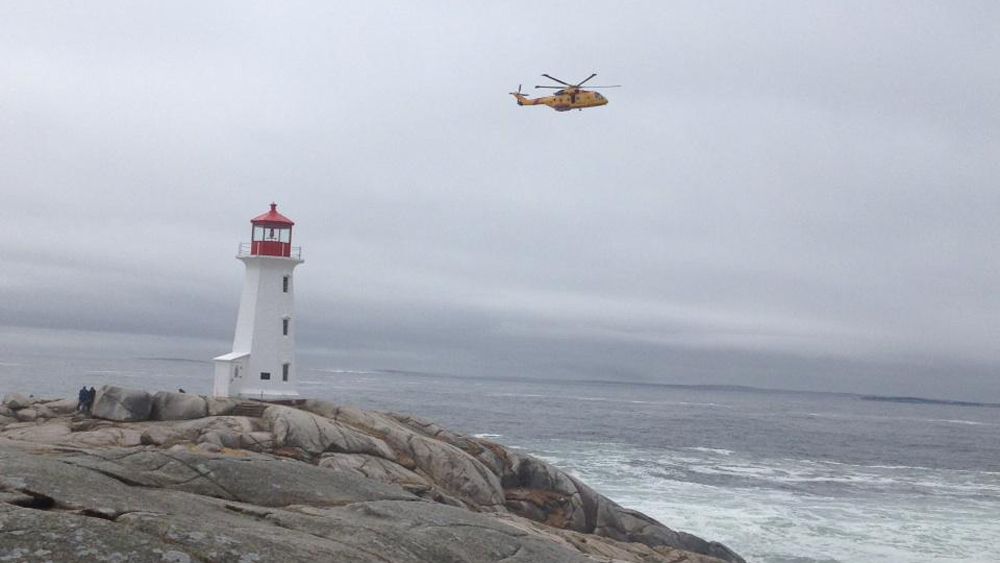 A search-and-rescue helicopter searches the waters off Peggys Cove after a man fell off the rocks.

The RCMP Underwater Recovery Team has resumed the search for the body of a man who was swept off the rocks at Peggy’s Cove on Wednesday.

The 25-year-old from Ontariowaswalking along the rocks at the popular tourist destination when a large wave swept him out to sea. A previous six-hour search and rescue operation was unsuccessful.

An RCMP spokespersonsaid the team is conducting a sonar search on Sunday morningand weather conditions have improved.

The man’s name is not being released at the request of his family.