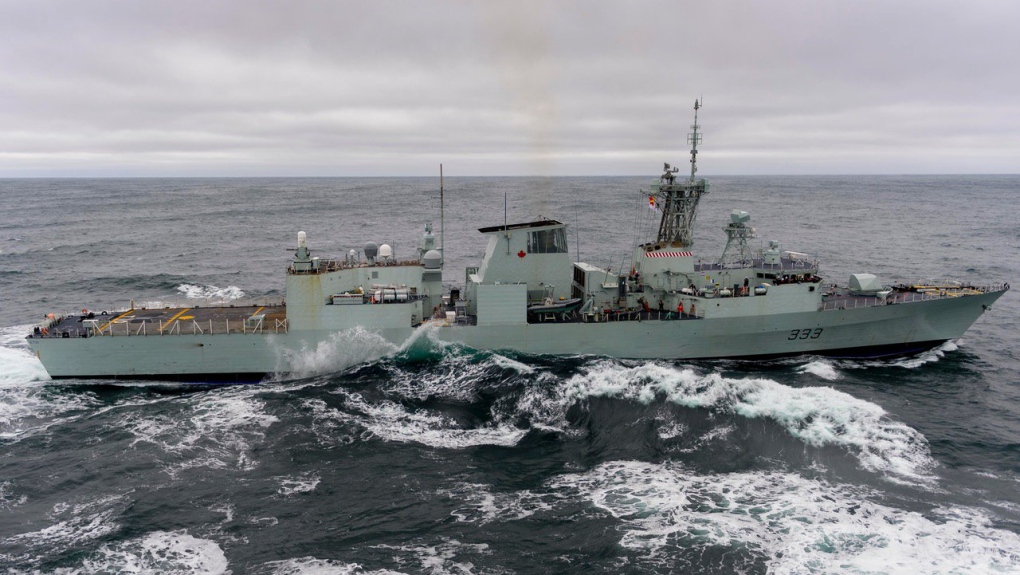 HMCS Toronto, which is taking part in NATO exercises off the United Kingdom, was forced to head into port in Belfast after experiencing a loss of power at sea. (@RCN_MARLANT/Twitter)

HALIFAX -- For the second time in four days, a Royal Canadian Navy frigate caught fire while deployed off Europe.

Fire hit HMCS Toronto Monday as it neared Belfast for repairs after a power loss, following a blaze Friday on HMCS Halifax off Norway.

A military spokesman said Wednesday the fires aboard both Halifax-based ships were minor, and no one was injured. The incidents are under investigation but not connected, said Major Mark Gough.

"These are two situations that came up within a relatively short period of each other, completely unrelated," Gough said.

Gough said HMCS Toronto lost power on Monday while doing routine operations and anti-ship missile defence training off Scotland ahead of a NATO mission next year.

The ship's technicians restored power after a few hours, allowing the vessel to head to Belfast for further repairs, he said. But as it was docking, a fire broke out in the starboard gas turbine enclosure in the forward engine room.

"Upon discovery of the fire, the crew immediately engaged the fire suppression system," he said. "The ship's crew is conducting an investigation as to the cause of the fire and to determine the serviceability of the gas turbine engine."

On Friday, a minor fire broke out in the forward starboard gas turbine engine room of HMCS Halifax during massive NATO exercises involving 50,000 personnel off Norway.

"The fire was extinguished within a few minutes," Gough said. "The fire is still under investigation."

While HMCS Toronto is alongside in Belfast, HMCS Halifax is still at sea, he said.