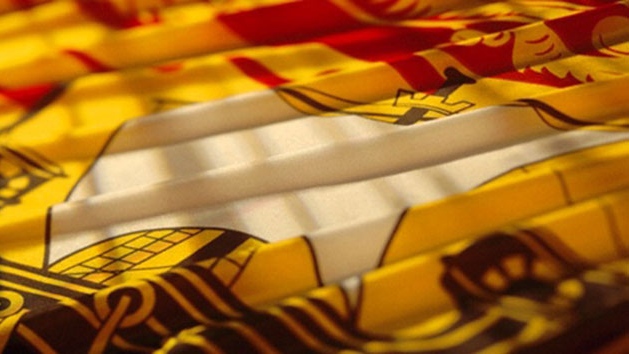 The New Brunswick flag is seen in this file image.
FREDERICTON -

The senior policy adviser to New Brunswick's commissioner on systemic racism has resigned, citing questions about the office's independence from government.

Adviser Robert Tay-Burroughs published his resignation letter on social media Tuesday, saying he has been troubled "by the false pretences" under which the office of commissioner Manju Varma was doing its work.

"The limits placed by external forces on what we can and cannot say in your final report has compromised our already fragile independence," he wrote. "It remains unclear to me that the leadership of this government can respect your independence, which raises my doubts that it will -- if it ever intended to -- receive your recommendations in good faith and with an open mind."

"As I am no longer convinced that our work will meet the needs of the First Nations in this province as they have articulated them to us, I must resign as your senior adviser," Tay-Burroughs wrote.

Varma's final report is expected in October. No one from her office was available for comment Wednesday.

The resignation came a day after Mi'kmaq chiefs released a draft interim report that Varma had prepared in April but had not released. It included a call for a public inquiry into racism in the justice system against Indigenous people. It also recommended restoring all place names that contain racist terminology against Indigenous peoples with original Wabanaki names, or names recommended by First Nations.

In a statement Monday, the Mi'kmaq said they were concerned the government appeared to be interfering with the commissioner's office and dictating what recommendations could be made. As a result, the chiefs said they would no longer participate in Varma's work.

Aboriginal Affairs Minister Arlene Dunn told reporters Monday that the government met with Varma in April but did not ask the commissioner to keep the interim report from the public. In fact, Dunn said she wasn't expecting an interim report.

Dunn said she expressed concerns at that meeting that the commissioner had not met with many government departments to learn of work that was underway.

On Wednesday, Dunn repeated her observations of the April meeting, and told reporters she has no idea what Tay-Burroughs was referring to when he said external forces were restricting what the commissioner can say.

"At no time did anyone try to say to the commissioner that she had to shelve the report or restrict her capacity in any way, shape or form," Dunn said Wednesday.

Dunn said she sent a letter to Varma Wednesday morning, encouraging her to continue her work and to reach out if she requires more resources.

The minister acknowledged the comments from First Nations groups, but encouraged people to participate in the commissioner's work.

This report by The Canadian Press was first published June 22, 2022.