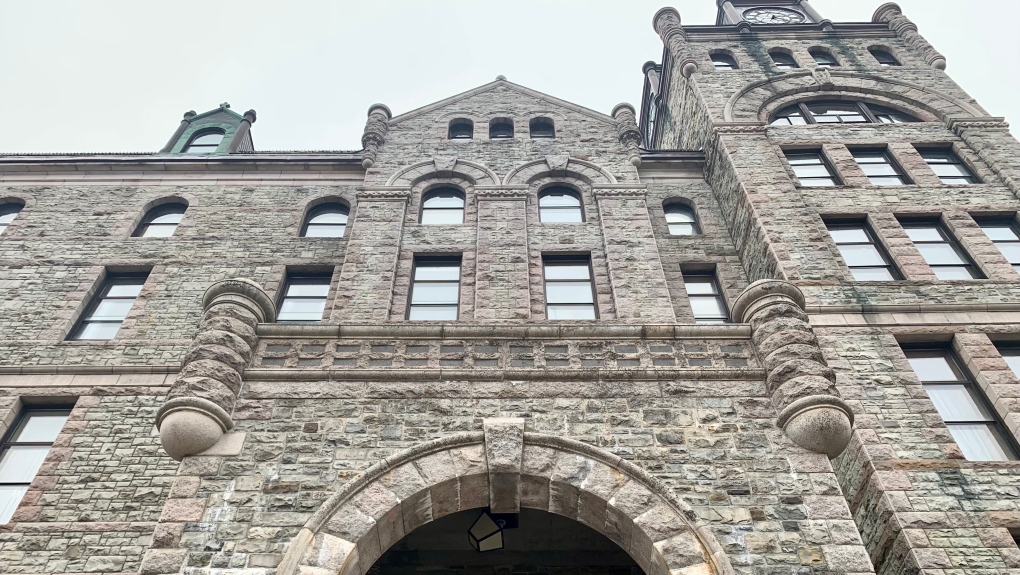 An unusual court case is playing out in the Newfoundland and Labrador Supreme Court, shown in St.John's on Friday, March 25, 2022. (THE CANADIAN PRESS/Sarah Smellie)
ST. JOHN'S, N.L. -

The case of a Newfoundland and Labrador lawyer accused of sexually assaulting a 12-year-old girl is set for trial next spring, following an arraignment Monday in provincial Supreme Court.

The lawyer is facing four charges of sexual assault and one charge of sexual interference, all involving the same complainant. His identity is shielded by a publication ban, which his defence team hopes will be upheld by the country's highest court.

His seven-day trial is scheduled to begin on May 29, 2023. The lawyer joined the court proceedings Monday by teleconference, though he said very little.

One count of sexual assault, as well as the charge of sexual interference, stems from an incident in 2002 when the complainant was under the age of 14, according to the indictment. Other court documents specify she was 12 years old.

The lawyer's defence team applied for a publication ban last July, arguing he was a "prominent" lawyer and any publication of his name would impact his business and family. Provincial Supreme Court Justice Donald Burrage granted an interim ban until the application could be heard in court.

Publication bans are common in sexual assault cases, but they're typically used to protect the identity of the complainant, rather than the accused.

CBC and CTV went to court to have the ban removed, and hearings were held on Feb. 24 and 25 of this year. A month later, on March 25, provincial Supreme Court Justice James Adams ruled that the ban preventing publication of the lawyer's name should be lifted. The lawyer's interests, Adams wrote in his decision, "amounted to no more than personal and professional embarrassment and possible loss of business."

Adams said the lawyer was "asking the court to make a significant change in the law."

But two days later, Adams granted a stay of that decision while the lawyer's defence team applies to have his ruling appealed with the Supreme Court of Canada.

As of Monday's arraignment, the publication ban remains in place.

This report by The Canadian Press was first published May 2, 2022.

Canadian advocates are cautioning against complacency regarding abortions protections in place in Canada, after the U.S. Supreme court voted to overturn Roe v. Wade on Friday.

A Member of Parliament from rural Alberta went live on Facebook Friday to celebrate a United States Supreme Court vote to end constitutional protections for abortion.

Two people were killed and 14 wounded on Saturday in a shooting at a nightclub and in nearby streets in Norway's capital Oslo, Norwegian police said.

Miners working in a gold field in Yukon have uncovered what is being called the 'most complete' mummified woolly mammoth found to date in North America, officials announced on Friday.

An Ontario driver is speaking out after a shovel struck her windshield while she was driving on the highway.

This is who's in and who's out of Doug Ford's cabinet

Ontario Premier Doug Ford has unveiled his cabinet for the 43rd Parliament and there are some big changes to the front bench.