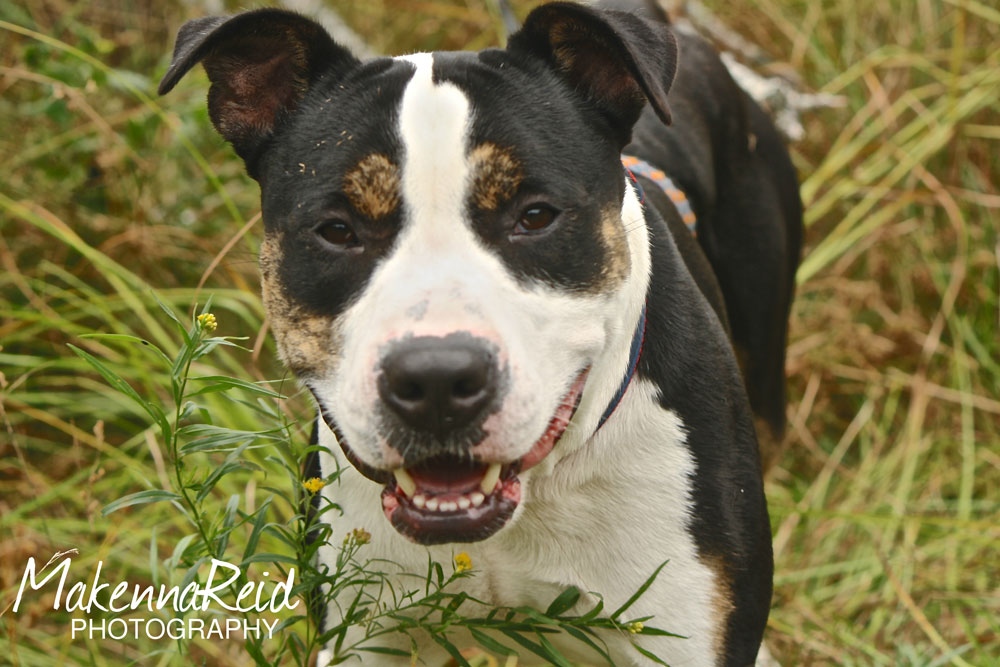 Staff say Chico is doing great and is getting along well with the other dogs at the daycare. (Makenna Reid)

The owner of a Halifax-area doggy daycare says a dog whose owner was badly beaten is adjusting well to his new surroundings.

Chico had been living at the SPCA in Sydney after the attack on July 14, but was recently moved to a doggy daycare in Porters Lake.

The staff say Chico is doing great and is getting along well with the other dogs at the daycare.

Chico likely won’t be reunited with his owner, Shawn Curtis Jack, until he is released from hospital, where he continues a slow, but steady recovery.

Jack, 48, was attacked behind the Atlantic Superstore on King Street in North Sydney, N.S.

He sustained serious head injuries in the attack and was airlifted to a Halifax hospital, where he remains.

Six people have been charged in connection with the incident.

Jack is originally from the Truro area but he is known to camp behind the store in North Sydney with Chico during the summer months.