Sidney Crosby ruled out of Game 6 against Rangers after injury 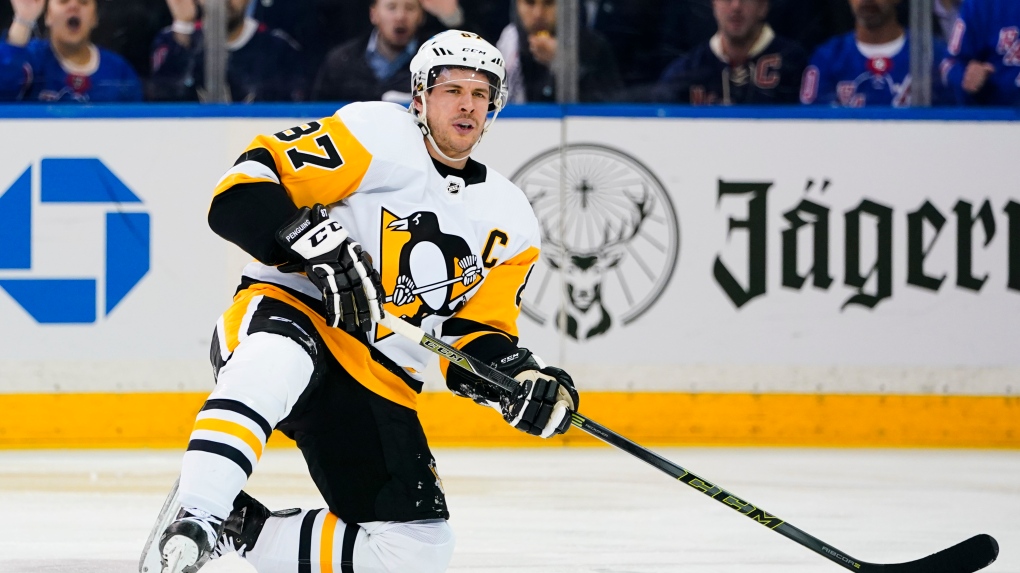 Pittsburgh Penguins' Sidney Crosby (87) reacts after getting knocked down during the first period of Game 5 of an NHL hockey Stanley Cup first-round playoff series against the New York Rangers Wednesday, May 11, 2022, in New York. (AP Photo/Frank Franklin II)
PITTSBURGH -

Crosby departed after a high hit from New York's Jacob Trouba in Game 5 on Wednesday and did not return. The team has said only that Crosby, who has a history of concussions, has an upper-body injury.

The Penguins have played only two playoff games without Crosby since he entered the NHL. They're 2-0 in those games, with Evgeni Malkin recording three assists.

With Crosby out, Drew O'Connor is expected to slide into the lineup. Evan Rodrigues skated in Crosby's old spot between Danton Heinen and Kasperi Kapanen on Friday morning.

With nine points, Crosby leads all scorers in the series and is tied for fourth in the playoffs. Missing Crosby for more than half the game, the Penguins lost at Madison Square Garden on Wednesday with the chance to eliminate the Rangers and move on to the second round.

Governor: Texas gunman said he was going to shoot up school

The gunman who massacred 19 children and two teachers at an elementary school in Texas had warned in online messages minutes before the attack that he had shot his grandmother and was going to shoot up a school, the governor said Wednesday.

Later tonight, the six candidates on the ballot to be the next leader of the Conservative Party of Canada will be debating each other in Laval, Que. CTV News will be live-streaming the debate with English translation and offering real-time updates and analysis, and you can follow along.