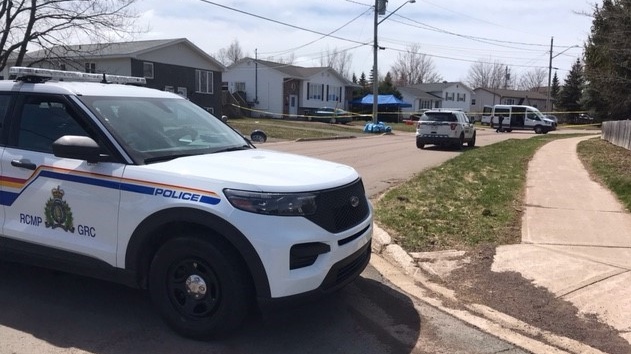 A sixth man is facing a first-degree murder charge in relation to the shooting death of 18-year-old Joedin Leger of Moncton, N.B.

On Wednesday, 24-year-old Nicholas Joseph James McAvoy of Irishtown, N.B., was arrested in the community in connection with the investigation.

McAvoy appeared in Moncton provincial court Thursday by way of tele-remand and was charged with first-degree murder.

The five other men charged with first-degree murder in relation to Leger’s death are 18-year-old Riley Robert Sheldon Philips, 20-year-old Hunter Nash England, 23-year-old Jerek John England, 18-year-old Hayden Joseph James Leblanc, and an 18-year-old man who cannot be named as he was a minor at the time of the incident.

Five of the six men are from the Moncton area.

All six accused are remanded in custody. Nicholas Joseph James McAvoy is set to return to court on July 25 at 11 a.m.

The charges stem from an incident on April 25 at a home on Logan Lane in Moncton.

Police responded to a call of shots fired and when they arrived, they found Leger suffering gunshot wounds.

He was transported to hospital but later died of his injuries.

The RCMP is asking anyone with information about the incident to contact the Major Crimes Unit or Crime Stoppers.

Canadian Tire Corp. has ended its partnership with Hockey Canada as the fallout from the sporting organization's handling of alleged sexual assaults grows.