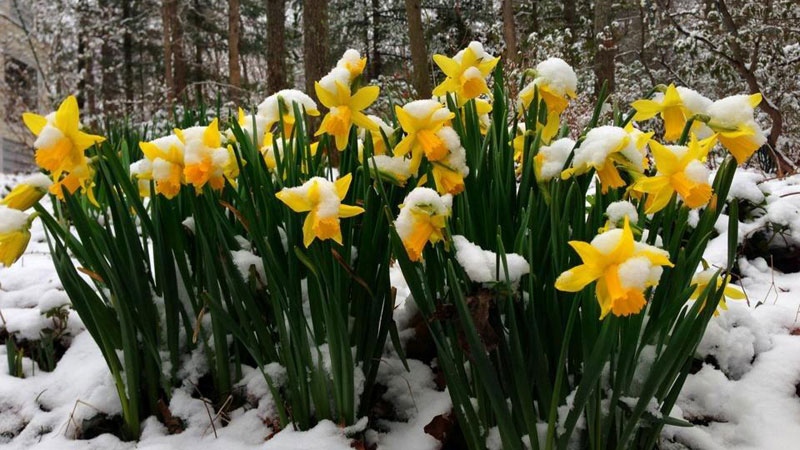 The low will bring gusty east and northeast winds as well as a mix of snow and rain.

HALIFAX -- We are still on track to have a slow-moving low-pressure system move past the Atlantic coastline of Nova Scotia this weekend.

The low will bring gusty east and northeast winds as well as a mix of snow and rain. The snow is possible because of a pool of colder air sits aloft of us. You could find evidence of that colder air in the flurries that were present around Nova Scotia on Friday morning.

By 10 p.m. this evening, rain will have filled into western Nova Scotia and southwestern New Brunswick. As the night continues and temperatures cool the rain turns to a mix of snow and rain or even just snow. By early Saturday morning, the mix will have filled in across New Brunswick, Prince Edward Island, and eastern Nova Scotia including Cape Breton. 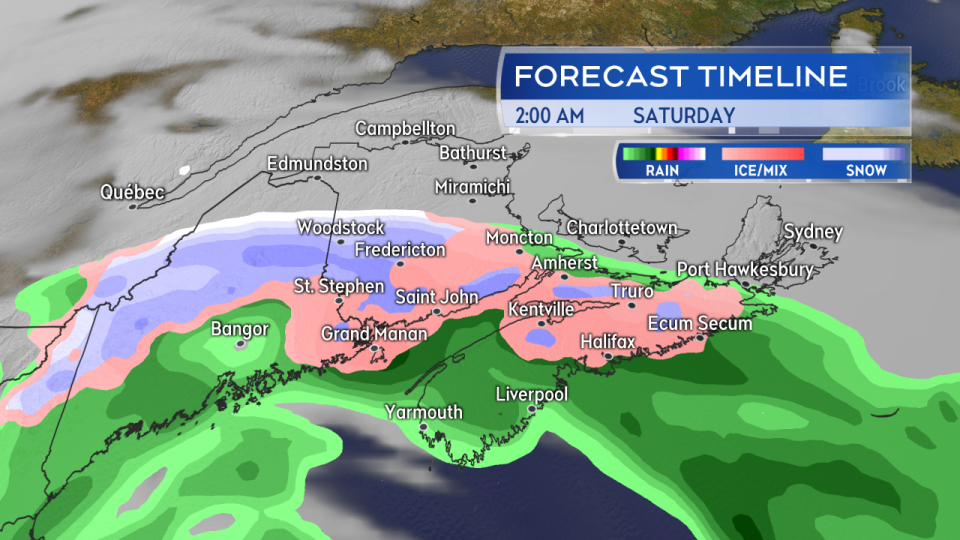 Starting as rain for most as temperatures cool during the night a turn to a mix of snow and rain, or just snow is expected.

Snow will continue through Saturday afternoon for northeastern New Brunswick and the Cape Breton Highlands. The rest of the region should switch over to periods of rain or drizzle. Some further light snow is possible Saturday night into Sunday morning as temperatures fall again.

It's tough to get snow to accumulate this time of the year especially when mixed with rain. That said some of the snowfall rates look high enough at times that it could overcome melting at the surface. 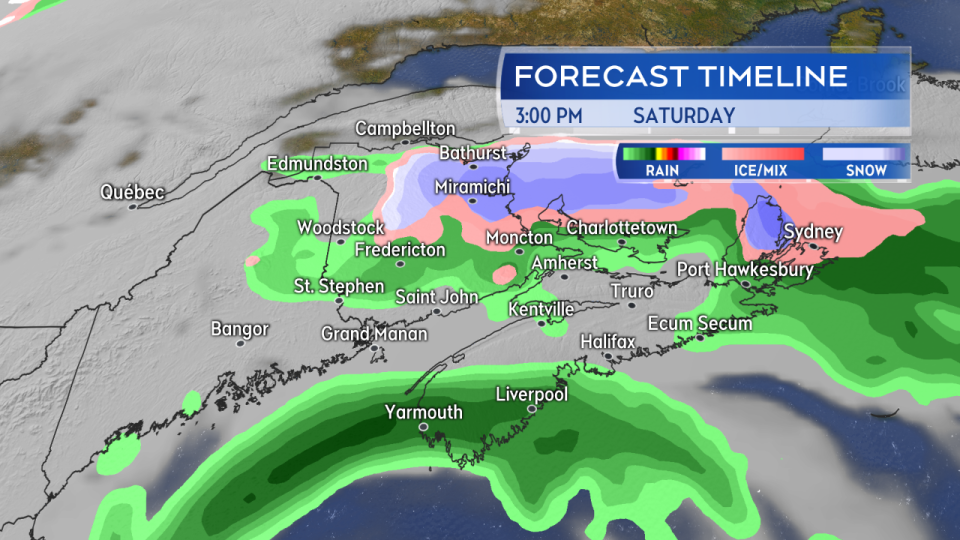 By Saturday afternoon much of the region will have switched back to rain and drizzle. Northeastern New Brunswick and the Cape Breton Highlands continuing with snow.

Areas most likely to see accumulation of a few to several centimetres include eastern areas of New Brunswick, parts of western P.E.I., and some of the inland/higher terrain of Nova Scotia. The Cape Breton Highlands could see a heavier snowfall. For communities on the outskirts of the Highlands several centimetres look likely. Moving up into the highest terrain, totals of 15-plus cm are possible.

There will also be highly varied accumulation near coastal areas. For example, I have the Halifax area in a possible 2 to 8 cm. At the coast and for the city centres Halifax and Dartmouth it is likely to be closer to the lower end of that range. Moving inland though, say towards Middle Sackville, there is a better chance of seeing the higher end of the range. 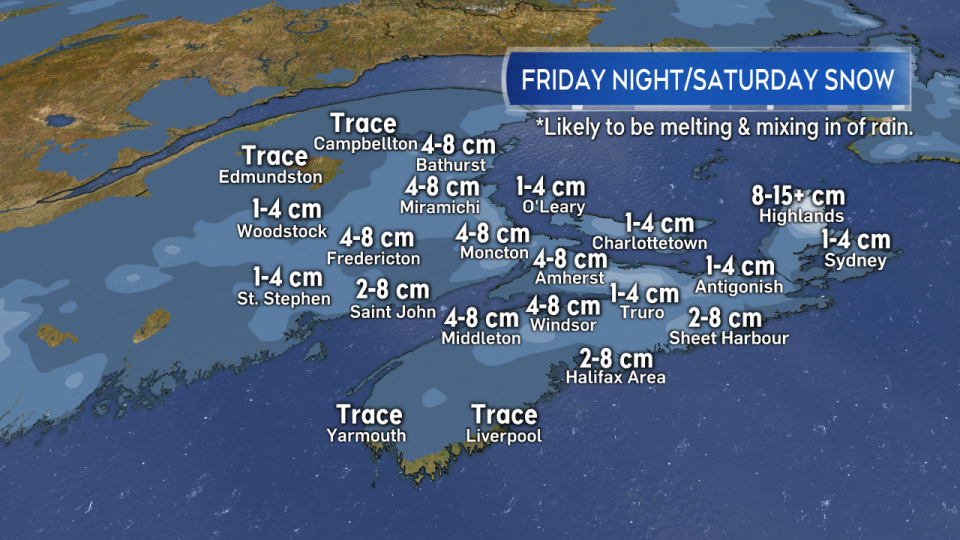 Snow accumulation will be varied but in most cases not much more than a few to several centimetres. Proximity to the coast, type of surface, and elevation will all factor into that accumulation.