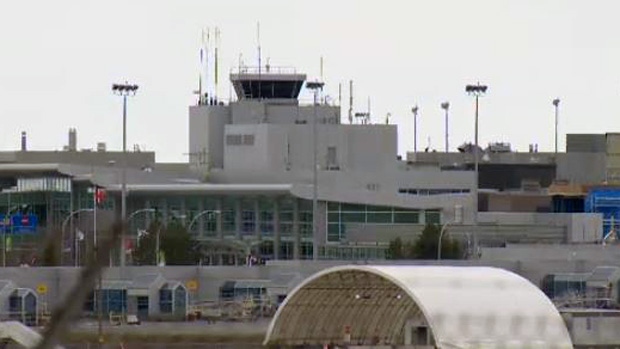 The Halifax Stanfield International Airport is seen on April 29, 2018.

A Fredericton-bound Air Canada flight had to turn around and make an emergency landing in Halifax Sunday after the pilot noticed smoke in the cockpit.

There were 13 passengers on board the plane, which was operated by EVAS Air. Rath Spicer says the passengers were safely evacuated from the plane onto the runway and then boarded a bus back to the airport.

Inbound and outbound flights were delayed for about 45 minutes while the plane was evacuated and towed from the runway.

Rath Spicer says there were no signs of fire on the plane, and normal operations resumed at 12:55 p.m.

There is no word on what caused the smoke at this time.