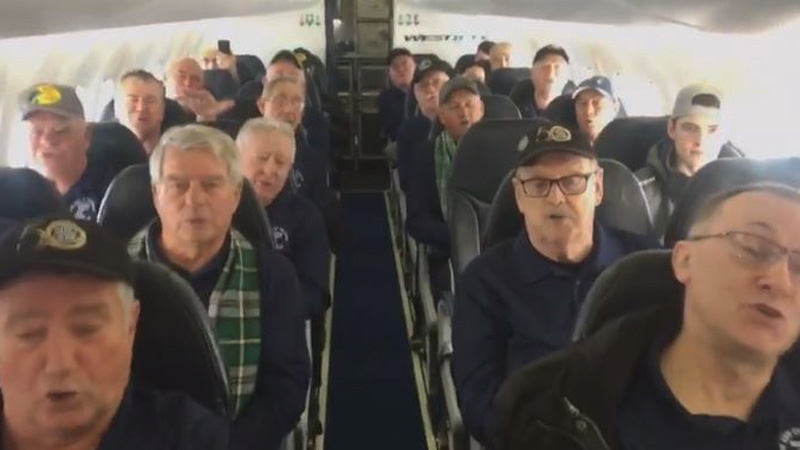 Song erupted on a Halifax-bound flight late last month after a flight attendant noticed The Men of the Deeps seated in the rear of the plane. (Lisa Belisle/Facebook)

HALIFAX -- Passengers on a recent flight out of Cape Breton were treated to a musical performance by one of the island's most celebrated choirs.

Song erupted on the WestJet flight to Halifax late last month after a flight attendant noticed The Men of the Deeps seated in the rear of the plane.

Lisa Belisle told the passengers the group of retired miners was on its way to Ontario and she asked the members "if they could give us a little peek of their tour," telling everyone on board to "open your ears and enjoy."

The group, sitting about seven rows deep, broke into a version of "Dust in the Air" that filled the plane as it cruised mid-flight.

Captivated passengers looked on, with some using their phones to capture the performance of the singers who were sporting black shirts and baseball caps.

Belisle posted a video of it on her Facebook site and had 130,000 views by Friday.