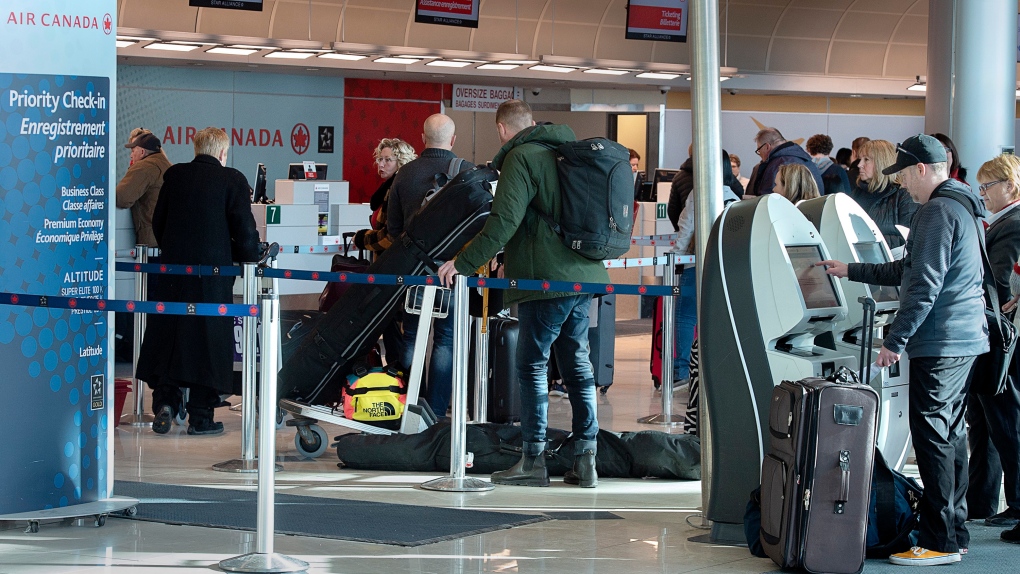 Passengers prepare for their flights at the airport in St. John's on Wednesday, January 22, 2020. Air travel has resumed after being shut down for several days. (HE CANADIAN PRESS/Andrew Vaughan)
ST. JOHN'S, N.L -

A news release from the authority Thursday evening says days of talks between management and the union representing the airport's firefighters have reached a successful conclusion and normal airport operations will resume.

The parties had been working with a federal mediator to resolve the situation.

The Union of Canadian Transportation Employees has said its members faced harassment, intimidation and a "toxic workplace," which prompted some to take time off on the advice of their doctors.

Many flights were cancelled Tuesday night and into Wednesday when there weren't enough firefighters working to meet regulations, and the facility has since been running on day-by-day agreements to maintain minimum staffing at the fire hall.

A spokeswoman from the airport authority said today management has reached an agreement with the union to ensure the disruptions don't happen again and the airport can return to normal operations.

This report by The Canadian Press was first published Jan. 20, 2022.

Ukrainian President Volodymyr Zelenskyy accused Russia of waging "total war," seeking to inflict as much death and destruction as possible as in three months of conflict, as fighting raged Tuesday in the eastern Donbas region.

Trudeau faces chants, pounding drums as he walks through crowd at Kamloops memorial

The prime minister made comments following a memorial gathering in Kamloops to mark one year since the Tk'emlups te Secwepemc Nation announced the remains of up to 215 children were detected at a former school site.

Conservative party ends its investigation into complaint about a racist email

The Conservative Party of Canada says its ended its investigation into a racist email sent to leadership contender Patrick Brown's campaign team after the party member purportedly behind it resigned their membership.

An extensive study of thousands of COVID-19 patients in Ontario hospitals found links between the severity of their infections and the levels of common air pollutants they experience.

China is trying to navigate its biggest coronavirus outbreak without a tool it could have adopted many months ago, the kind of vaccines that have proven to offer the best protection against the worst outcomes from COVID-19.