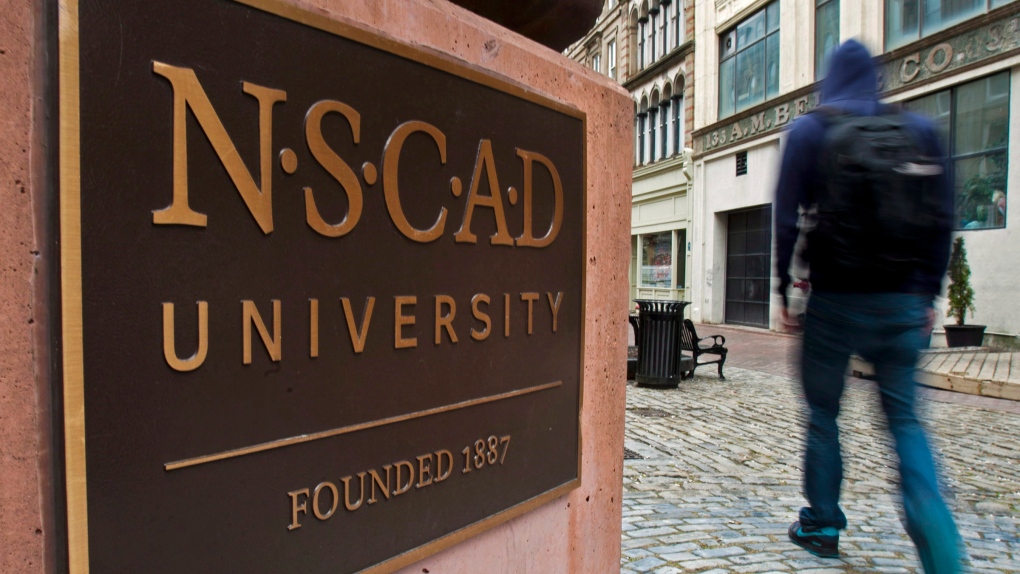 A student walks near the Nova Scotia College of Art and Design, the oldest independent school in Canada granting fine arts degrees, in Halifax on Monday, April 9, 2012. (THE CANADIAN PRESS/Andrew Vaughan)

HALIFAX -- Unionized staff, including full and part-time faculty and librarians at the Nova Scotia College of Art and Design, have voted overwhelmingly in favour of strike action.

The faculty union says its membership voted 97.5 per cent in favour of a strike mandate, as a bargaining team moves into conciliation this week with the university.

The union says it has been in negotiations since July and, after 18 meetings, had hoped to reach an agreement with the employer at the table.

Major unsettled issues in the contract dispute include workload, wages, job security and support for caregivers.

Union president Mathew Reichertz says they are looking for a "fair and more equitable settlement" that will bring working conditions closer to parity with teaching staff and librarians at other Nova Scotia universities.

NSCAD teaching staff and librarians have been working under the terms of a contract that expired on June 30, 2018.