Stepping up to the plate: N.S. baseball community rallies around young player who suffered stroke

Stepping up to the plate: N.S. baseball community rallies around young player who suffered stroke

There has been a remarkable show of support for a young baseball player from the Halifax area who suffered a stroke during a game late last month.

While the 12-year-old recovers in hospital, teammates and many others are stepping up to the plate to wish him a speedy recovery.

Satchel Tate suffered a medical emergency on July 30 while playing for the Hammonds Plains As in an under-13 AA tournament in Bridgewater, N.S.

"He was in centre field, and he was just laying down," friend and teammate Nathan Moulton told CTV News Tuesday,

"I thought he was goofing around because that's his personality, but it ends up he wasn't."

Tate remains in hospital at the IWK Health Centre and is said to be doing quite well -- alert and chatting with visitors. 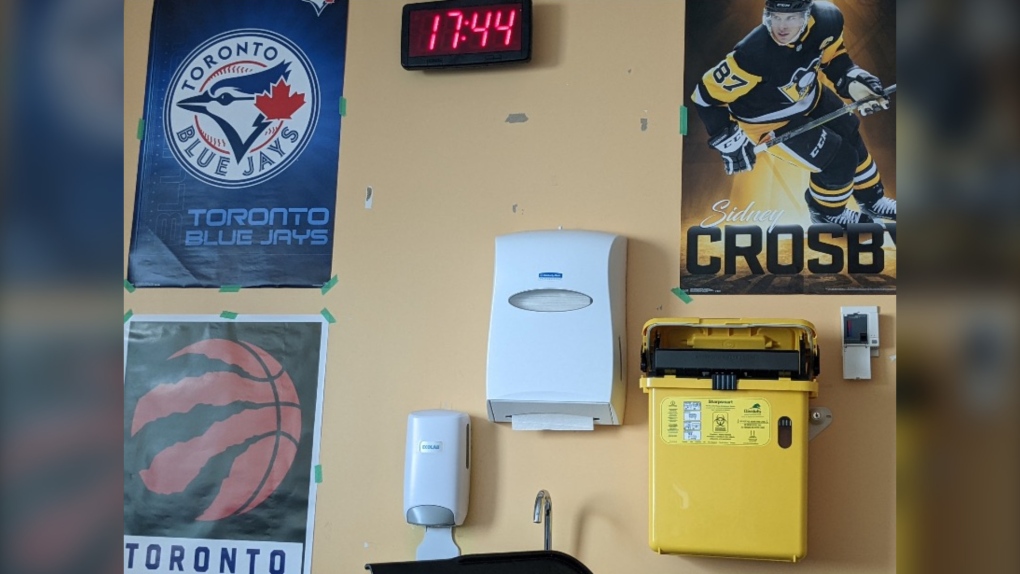 A wall in his room is decorated with his favourite sports posters: The Blue Jays, the Toronto Raptors, and Sidney Crosby.

The Blue Jays are among those sending packages.

"Baseball Canada is putting together a package for him, and then our own provincial body, Baseball Nova Scotia has sent something in to Satchel," said Holly LaPierre, president of Hammonds Plains Minor Baseball.

Scores of strangers have also reached out. 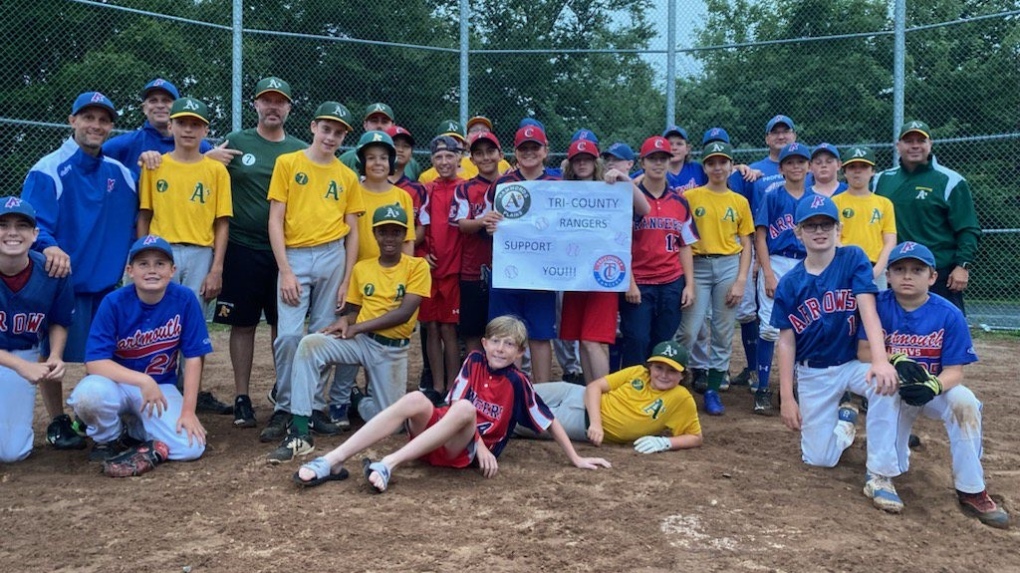 "Last night, at our game in Dartmouth, the Dartmouth team, as well as the Tri-County team, showed up to the field and gave our players care packages — a tribute to Satchel," said the As' head coach Garnet Brooks.

Strokes in young people aren't common, according to doctors, but they're not unheard of.

"It does occur in children. It's very rare, and the causes are quite different than they are in adults," said Dr. Doug Sinclair, the IWK's vice-president of medicine, quality and safety, and an ER doctor himself.

"So, for instance, those children born with what we call congenital hearts — or abnormal hearts — some of those children are more prone to stroke. There are some blood diseases, like sickle cell would be the most common, which is a rare disease in Nova Scotia, but much more common in Ontario and other parts of the world. The blood is abnormal, and they can have strokes," said Dr. Sinclair.

"And in babies, it's even more challenging, because the signs and symptoms are so very different, and again rare events, but we do see them, even in babies."

The As themselves have recorded video messages for Satchel, and have paid their own tribute, adding his number seven to their uniforms — right over their hearts.

'Disappeared without a trace': Kitchener family pleads for help after daughter goes missing in B.C.

Jaqueline McDermott, 22, from Kitchener has been reported missing in B.C., and her family is putting out a plea across the country for help. McDermott was last seen by her vehicle after attending a meditation retreat. RCMP said her vehicle was found, but she was not in it or near it.

With COVID-19 cases expected to rise, should you be wearing a mask again? Here's what experts say

The Toronto Blue Jays' first foe in the playoffs is now official.

The Invasive Species Council of B.C. is asking the public to report sightings of a 'highly toxic' plant that can leave people's skin blistered and burned – something one family recently learned the hard way.

California serial killer 'on a mission' in slayings, police say

A California serial killer seems to be 'on a mission' throughout the fatal shooting of six men and the wounding of one woman dating back to last year.