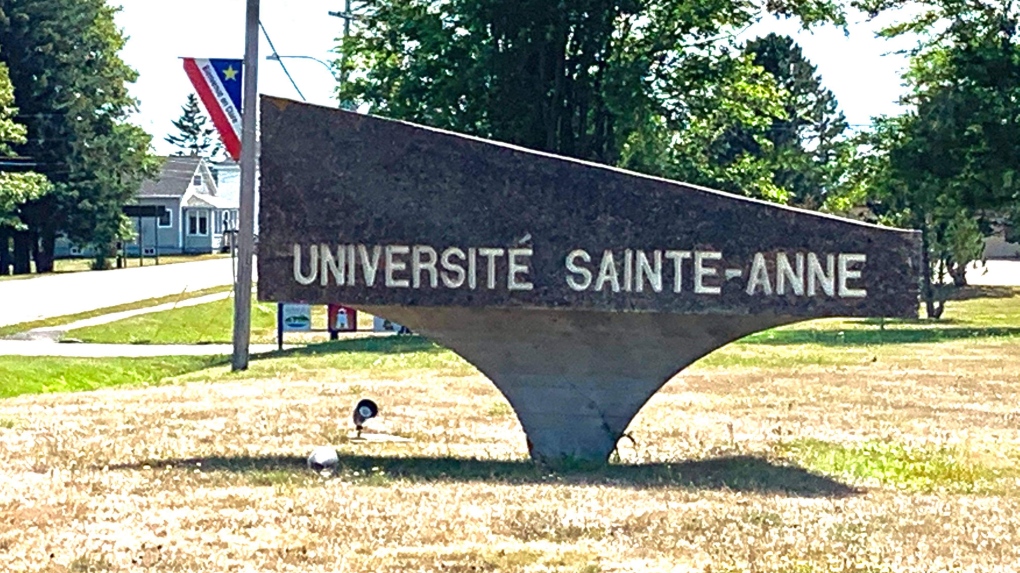 HALIFAX -- Nova Scotia’s chief medical officer of health is urging post-secondary students from outside Atlantic Canada to follow the public health measures in place to help prevent the spread of COVID-19.

Dr. Robert Strang made the comments during a news conference in Halifax on Wednesday -- a day after the Nova Scotia government reported that a university student who tested positive for COVID-19 didn’t “properly self-isolate.”

“Just because we have a testing strategy, that doesn’t mean that they can disregard all the other public health measures,” said Strang. “In order to keep all our communities safe that we need … all the students coming from outside of Atlantic Canada to complete their self-isolation, do their daily digital check-ins and follow up on their testing protocols.”

The province first announced the new case of COVID-19 on Monday. The case involves a student who attends Université Sainte-Anne in the Nova Scotia Health Authority’s western zone.

Allister Surette, the university’s president and vice-chancellor, told CTV News on Tuesday that it was believed the student had already completed his 14 days of self-isolation before arriving on campus via the university’s shuttle bus Sunday evening.

All post-secondary students coming to Nova Scotia from outside Atlantic Canada are required to self-isolate for 14 days.

In addition to self-isolating, all post-secondary students entering Nova Scotia from outside Atlantic Canada will be tested for COVID-19 three times during their 14-day isolation period.

The province says, even if students receive negative COVID-19 test results, they must continue to self-isolate for the full 14 days.

Students can't attend in-person classes until their testing and self-isolation is complete.

“If they’re not sure of the rules, isolate and ask questions and wait and stay isolated until you get the answers,” said Strang.

Strang also provided an update on two probable cases of COVID-19, which were first reported on Monday.

The probable cases involve a student at Dalhousie University and a student at Acadia University. Strang said both students are from outside Atlantic Canada. They live off-campus and have been self-isolating, he said.

Strang explained that a probable case of COVID-19 means the test result was “indeterminate.”

“We can’t confidently say it’s negative or positive, so it’s somewhere in the middle,” he said. “We fully expect, when you start testing a lot of people without symptoms, we know from experience previously with COVID or with other diseases that we are going to get, start to get more and more of these indeterminate tests results.”

Strang said there are three key reasons as to why a COVID-19 test may be considered indeterminate.

Someone who previously had COVID-19 can still have residual virus in their nose and throat, which can be picked up on a test, even if their infection has cleared up. It doesn’t necessarily mean that the person is still ill or infectious, even if they are still testing positive.

It could also mean that someone has been tested very early on in their infection and they may not have enough virus to give a full positive result.

It’s also possible that there could have been cross-contamination issues in the lab.

Strang said public health works closely with the lab and with the person who was tested to determine why their result is indeterminate.

“Public health does the appropriate assessment in every case and will err on the side of caution and call it a new case if they’re not certain,” said Strang.

If an indeterminate case is being treated as a new case of COVID-19, the person is required to self-isolate and public health will work to identify close contacts.

Strang said, with hundreds of post-secondary students undergoing routine COVID-19 testing, it is expected Nova Scotia will see more positive and probable cases over the next few weeks.

“It’s something we anticipated when we started down the road of testing large numbers of students without symptoms,” said Strang.

He also noted it’s a good sign there have been only three positive and probable cases of COVID-19 identified among students, so far.

“That’s a very low percentage of positives … it reinforces why having this testing strategy for post-secondary students coming from outside of Atlantic Canada was absolutely necessary.”

Nova Scotia reported no new cases of COVID-19 on Wednesday. There are still six active cases in the province.

There are 1,085 confirmed cases of COVID-19 in Nova Scotia, but 1,014 cases are considered resolved, and 65 people have died, leaving six active cases in the province.

The provincial state of emergency, which was first declared on March 22, has been extended to Sept. 6.