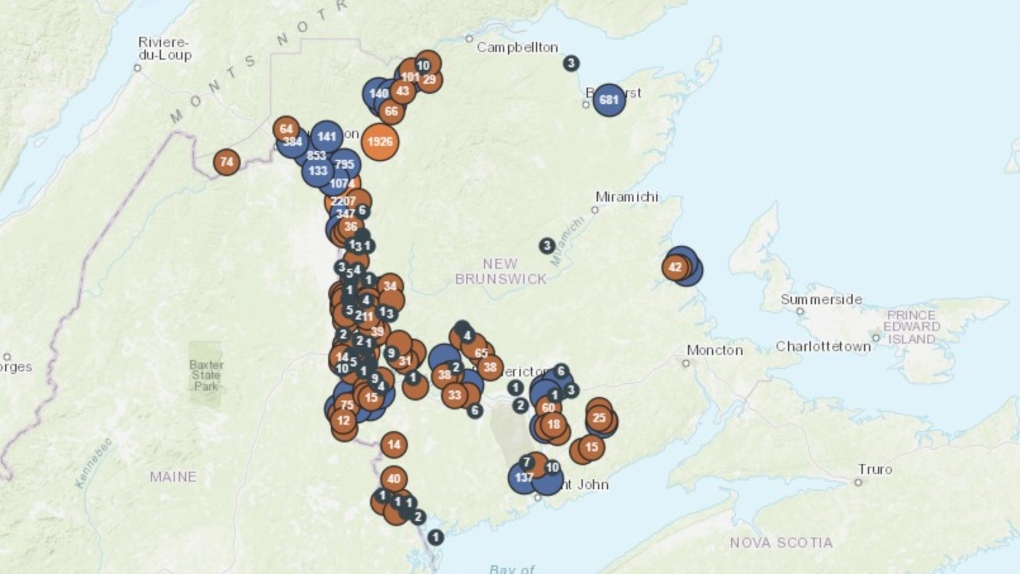 HALIFAX -- More than 10,000 NB Power customers were in the dark Wednesday as strong winds prompted outages across the province.

Most of the power outages were reported in the Carleton, Kings/Queens and Victoria/Madawaska areas.

The outages prompted some schools in the province to dismiss students early.

“The region is being squeezed between a slowly-approaching cold front from the west and a strong area of high pressure to the east. The result is a strong pressure gradient driving a high and gusty southerly wind across the Maritimes,” explained Mitchell.

“Average gusts will reach 40 to 60 km/h with peak gusts near 70 to 80 km/h in some cases. Areas most likely to experience stronger winds include higher terrain and parts of the coastline.”

Mitchell says the winds will move from western areas Wednesday afternoon to eastern areas in the evening.

“The front clears tonight with the pressure gradient easing behind its passage,” said Mitchell. “Winds will be down substantially for Thursday with gusts reduced to 20 to 50 km/h.”